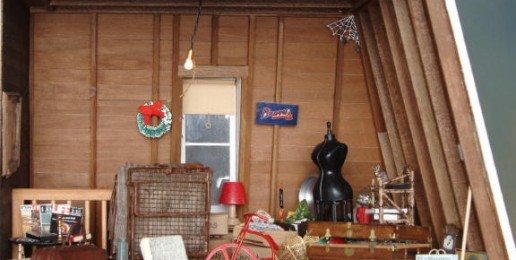 Feminists in the seventies coined the popular phrase, “I’m going to find myself.” It was extremely useful for breakups, divorces, and rich kids wanting to drop out of college and hitch-hike across Europe.

I say if you really want to find yourself, all you have to do is clean out the attic.

I’ve discovered bits and pieces of our life strung throughout our dark attic and the deepest recesses of our closet. Both of which held secrets I’ve kept for years. From mementos too precious to throw away, (but too homely to hang on the wall), to broken promises; like the Teddy Bear all dressed up in a blue plaid dress with ribbons and bows. I found her all alone amid the neglected mending, not realizing her owner was all grown up; she sat waiting patiently for me to sew her head back on.

Each era brings with it its own trappings and remnants. Sometimes the absence of remnants says something as well.

Several of my children have noticed, and commented, that there are more pictures of some children than others. Of course the questioning child views this as a gross injustice and admissible evidence as indisputable proof that their allegations are true; we loved (insert rival sibling here) more.

A couple of our kids even had one of their sisters convinced that she alone was adopted. Explaining this was the reason we had very few pictures of her as a baby. I’m now told the little rats managed to keep that one going for about three years.

In my defense, I only took pictures when I owned a working camera. Not to mention, some of the missing years are undoubtedly due to the untold numbers of rolls of film that were never developed. (I just found another half dozen rolls in the same cabinet with the bear.)

I have to admit, if you can’t loose enough weight to get into a bathing suit, getting rid of a couple hundred pounds of clutter is the next best thing.

When the children were young, I was more interested in buying someone else’s junk every spring than cleaning up our own. Rummage sales always trumped spring cleaning.

My girlfriend and I had rummage-saleing down to a fine art. I would bring my children to her house dressed in their pajamas at the crack of dawn (trust me, the kids were already up). She made the coffee and muffins and filled the thermos while I lined up the children and dressed them assembly line style.

We all headed for the car. First stop, the grocery store for our treasure map, commonly known as a newspaper. While we were there, we “returned pop bottles” for our spending cash.

She drove while I rode shotgun, tossing homemade muffins over my shoulder into the back seat at the kids. Armed with coffee, coins, and a newspaper, we were off on our weekly bargain hunt.

We hunted brand name clothes we couldn’t afford or too were cheap to buy. These were the days long before God invented outlet malls. The goal was to buy each child clothes to fit, and clothes to grow into.

I consider children’s summer clothing as disposable. They play hard in them all day long, drip popsicles, ice cream and mustard on them. So I prefer to pay no more than a quarter for a tiny shirt with a life span less than a butterfly.

This year, I found a whole new twist to the junk slash treasure phenomena. I found myself collecting once loved, but now neglected Teddy Bears, dolls, and make believe costumes– discarded as rubbish. The children’s junk has become my treasures.

Each year brings new milestones in every family; births, deaths, marriages, and coming of age; ours will have stepped through all of these before the year’s end.

My freshly cleaned attic now holds new treasures to be discovered again in a few more decades. Amid the junk and the sea of clutter are remnants of childhood, scraps of memories, and cardboard treasure chests; all telling the story of us.