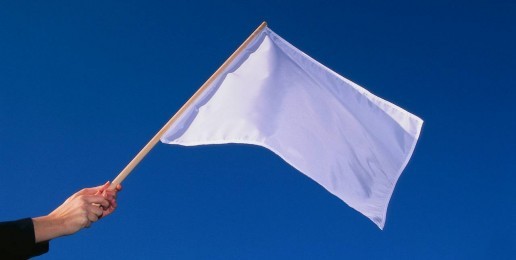 Here’s an excerpt from an excellent article on the intensifying public debate about whether conservatives should participate in a truce on the “social issues”(aka “essential moral issues”). It would be more accurate to describe this as de facto demand that conservatives temporarily cede the moral issues to cultural liberals and radicals within both the Republican and Democrat parties.

The article, which IFI is urging readers to read in its entirety, was written by Robert W. Patterson and is entitled “Fiscal Conservatism is Not Enough: What Social Conservatives Offer the Party of Lincoln.”

Here is just a small part of that article:

Theodore Roosevelt is not the only Republican president that, if alive today, would warn his party of the shortcomings of a narrow economic focus at the expense of a social vision. Similar moral concerns motivated the first Republican president, Abraham Lincoln. According to two-time Lincoln Prize winner Allen C. Guelzo, his appreciation of and contention for “the necessity of a moral republic” as the only way to deal with the issue of slavery is what drove the home-schooled prairie lawyer to run for the Senate in 1858 and for president in 1860. That did not keep him from advancing economic arguments against slavery, but his “hatred” of the peculiar institution stemmed from his conviction that slavery is a moral wrong-an evil-that violated natural law and American founding principles.

His chief opponent, Senator Stephen A. Douglas, approached slavery in the same way that economic conservatives and most Democrats would prefer to deal with social issues today: keep questions of morality out of the public discussion. As an advocate of what Michael J. Sandel calls “the procedural republic”-which may well be the prevailing political philosophy of both parties today and the “mass upper-middle class” of [Ross] Douthat and [Reihan] Salam-Douglas feared that the injection of morality into national politics would polarize the nation, prevent the development of the western frontier, and hamper economic prosperity. His solution to the predicament of slavery was “popular sovereignty,” a variation of today’s “pro-choice” position on abortion: allow each territory to decide the issue before it was granted statehood; this way, Yankees and southerners would not have to argue over a “divisive” issue. As Guelzo summarizes:

Douglas, for Sandel, was the paragon of a “thin” notion of democracy, in which a preoccupation with personal rights trumps all notions of advancing a common good . . . . Lincoln, by contrast, saw politics as moved by a universal and shared morality, and opposed slavery as a violation of that morality. Douglas argued that the people ought to be allowed to make up their own minds about slavery . . . and that all that mattered was whether the process of making up those minds was open-ended and uncoerced; Lincoln argued that minds which could not see that slavery was an abomination were operating on the wrong principles.

If he were alive today, Lincoln would not be intimidated by “divisive” social issues. Nor would he listen to those seeking to narrow the party’s agenda to “fiscal responsibility, constitutionally limited government, and free markets” or advance a “federalist” solution to abortion rights or marriage law. He might even suggest that influential voices that think the party can be fiscally conservative but socially neutral are operating on the wrong principles. The sixteenth president would surely want to see the GOP offer moral leadership for a country that faces a crisis almost as serious as what she faced in 1860.

Resting on its laurels in the wake of recent victories in Massachusetts, Virginia, and New Jersey, the party establishment may be tempted to dismiss all this talk about Abraham Lincoln and Theodore Roosevelt. But that would be short-sighted. If the party wants the prize that has remained out of reach since Kevin Phillips wrote The Emerging Republican Majority in 1969, it will need to listen, like never before, to its most loyal constituency and project a principled moral vision that transcends tax cuts, a vision that will resonate with the aspirations of middle America, not elites. If it does that, the Grand Old Party will not only save itself, but also might save America.

Read the article in its entirety HERE.