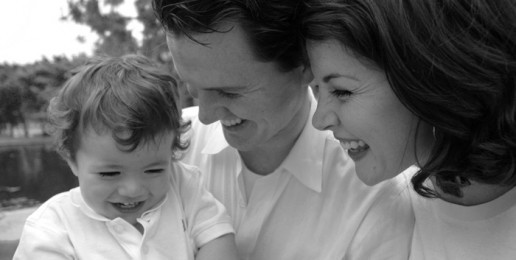 Every one of us is the product of one man and one woman, period.  That fact is profoundly significant.  It gives the “one man-one woman” relationship an exclusivity demanding special treatment and high regard.  Since the future of the human race is dependent upon the continued well-being of one man-one woman relationships, it is imperative that we protect them at all cost.  It is also true that we are  not just genetically descended from one man and one woman, we are also the product of their cultural views, their strengths, weaknesses, failures and successes. The more stable and enduring those one man-one woman relationships are, the better off we all are, and the brighter our children’s future looks.  To dismiss this reality would be a most egregious error.  Even so-called “test-tube babies” are dealing with the consequences of their progenitors’ philosophies.  The unique role that one man-one woman plays in a nation or culture’s future forces us to especially value and protect that relationship.  Enduring cultures throughout history have always made maintaining the nuclear family a highest priority.  If America is to survive, it must do the same.

No thinking person can lightly treat the subject of how culture and law ought to affect the environment into which children are born.  To cavalierly redefine the family and marriage in order to satisfy some cultural “egalitarianism” will lead not only to cultural suicide, but to a future the human race has never before experienced.  Something that has stood the test of time for literally thousands of years, has never been questioned as normative until recently, and is proven to be in society’s and children’s best interest ought not be radically changed at the behest of a few individuals who have a particularly novel view of sexuality, or by judges who are compelled by political pressures rather than what is truly best for the whole of society.

Marriage defined as one woman and one man has always been the norm, and for good reason.  For all the failures we discern in cultures of the past, at their zenith they have all had one common perspective: they desired a safe and stable future for their children and grand children.  It is clear that they understood that the ONLY way to provide such a future for their children was to protect the nuclear family, to elevate it, and to give it unique status among institutions of their culture.  It is only as cultures declined and collapsed that we see a decline in the elevated role of the nuclear family.  How we can even discuss taking a course that will almost certainly bring an end to the traditional family while we are daily picking up the bodies of kids destroyed by the breakdown of the family in our inner cities defies reason.  How many thousands of children must die before we come to our senses and do all that is necessary to reestablish the traditional family as normative and excellent?

There are two basic failures that I discern in our society’s willingness to ascribe normality to homosexual unions.  The first is to simply gloss over the glaring abnormalities that homosexuality promotes.  Even if one sets aside Biblical injunctions, there is nothing normal or healthy about the physical aspects of homosexual behavior.  The fact that some heterosexuals have also adopted deviant behavior (promiscuity, etc.) does not change the standards of normality.  Also, the fact that many people have taunted, ridiculed, or otherwise mistreated homosexuals over the years does not for one moment require that we normalize their behavior.  I expect that known thieves have also found themselves stigmatized, but the solution for that disapprobation is not to normalize stealing!  Any culture that wishes to survive MUST have the wisdom and character to attach stigma to behavior that, if it were to become too common, undermines or destroys the culture!

Homosexual behavior will always remain deviant behavior whether the culture thinks it is or not because it is physically and spiritually abnormal.  Just as 2+2 will always equal 4 whether we acknowledge it or not.  And to place deviancy or normality up for vote is demonstrably unwise!  Sadly, evils such as slavery and even genocide have often won a plurality of popular approval in many cultures.  History is replete with examples of people accepting horrendous behaviors as normal to their own destruction, and often at the cost of the lives of vast numbers of people.  A culture that is willing to discard the traditional family in order to placate a few belligerents pushing an aberrant sexuality cannot survive!

The second failure of our current culture is that of ignoring the future.  Such a failure ought to be criminal.  But, it is not surprising that we see little concern for how accepting homosexual “marriage” would affect the nation’s future because in most every aspect of our culture we pay no attention to how current actions impact future generations.  Defenders of homosexual “marriage” will certainly claim that its “normalization” will lead to a better, more harmonious culture.  But, such a view is naive at best.  The reality is that proponents see the destruction of “normal” marriage as the ONLY pathway to the normalization of homosexual behavior.  So long as genuine $50 dollar bills exist, counterfeits  will remain counterfeits.  Such recklessness on the part of America’s leadership should raise red flags in everyone’s mind, especially as we see that our leadership has been AWOL regarding protecting our children’s future so often in so many ways.  Consider other ways our leadership has sold out future generations:

First, there’s the national debt.  We have saddled every child in America with tens of thousands of dollars of debt before they are even old enough to know what money is!  We have promised pensions to government workers that will strangle the economy for decades.  We have rendered ourselves so dependent on foreign goods that future American workers see little hope for prosperity.  Culturally, we feed our future leaders, i.e. children, a diet of inane comedy and sexually titillating TV programming and music that is loaded with violence and hopelessness.  Old fashioned discipline is considered “abusive” and harmful to children’s “self esteem” leaving young people often unable to cope with a world that is often not benign, and cannot be rendered benign.  In other words, an impartial viewer might think we were preparing for our own cultural, political and national suicide.

We are not only doing little to promote the “general welfare” and success of the next generation, we are doing virtually nothing to provide them with the tools and resources necessary to even survive.  And, considering the fact that the America’s survival depends upon stable, two-parent, heterosexual homes, one has to wonder about the intentions of those who intentionally undermine the family.

It is clear that radicals on the left are doing nothing to stop our slide into the abyss. Rather, they appear to be greasing the skids.