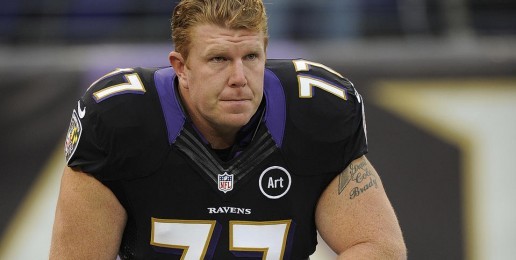 Written by: Matt BirkSame-sex unions may not affect my marriage specifically, but it will affect my children.

But the conversation during the last few weeks on the subject of same-sex marriage has told a different story — one that appears to be drawing a false connection between supporting true American values like free speech and the institution of marriage, our most fundamental and important social institution.

I think it is important to set the record straight about what the marriage debate is and is not about, and to clarify that not all NFL players think redefining marriage is a good thing.

The union of a man and a woman is privileged and recognized by society as “marriage” for a reason, and it’s not because the government has a vested interest in celebrating the love between two people. With good reason, government recognizes marriages and gives them certain legal benefits so they can provide a stable, nurturing environment for the next generation of citizens: our kids.

Children have a right to a mom and a dad, and I realize that this doesn’t always happen. Through the work my wife and I do at pregnancy resource centers and underprivileged schools, we have witnessed firsthand the many heroic efforts of single mothers and fathers — many of whom work very hard to provide what’s best for their kids.

But recognizing the efforts of these parents and the resiliency of some (not all, unfortunately) of these kids, does not then give society the right to dismiss the potential long-term effects on a child of not knowing or being loved by his or her mother or father. Each plays a vital role in the raising of a child.

Marriage is in trouble right now — admittedly, for many reasons that have little to do with same-sex unions. In the last few years, political forces and a culture of relativism have replaced “I am my brother’s keeper” and “love your neighbor as yourself” with “live and let live” and “if it feels good, go ahead and do it.”

The effects of no-fault divorce, adultery, and the nonchalant attitude toward marriage by some have done great harm to this sacred institution. How much longer do we put the desires of adults before the needs of kids? Why are we not doing more to lift up and strengthen the institution of marriage?

Same-sex unions may not affect my marriage specifically, but it will affect my children — the next generation. Ideas have consequences, and laws shape culture. Marriage redefinition will affect the broader well-being of children and the welfare of society. As a Christian and a citizen, I am compelled to care about both.

I am speaking out on this issue because it is far too important to remain silent. People who are simply acknowledging the basic reality of marriage between one man and one woman are being labeled as “bigots” and “homophobic.” Aren’t we past that as a society?

Don’t we all have family members and friends whom we love who have same-sex attraction? Attempting to silence those who may disagree with you is always un-American, but especially when it is through name-calling, it has no place in respectful conversation.

A defense of marriage is not meant as an offense to any person or group. All people should be afforded their inalienable American freedoms. There is no opposition between providing basic human rights to everyone and preserving marriage as the sacred union of one man and one woman.

I hope that in voicing my beliefs I encourage people on both sides to use reason and charity as they enter this debate. I encourage all Americans to stand up to preserve and promote a healthy, authentic promarriage culture in this upcoming election.