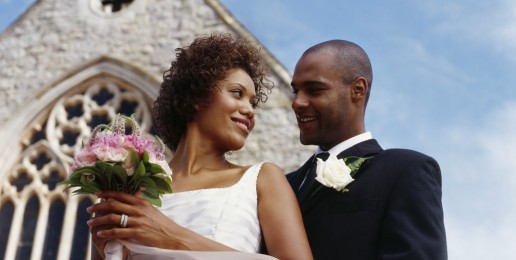 “Americans recognize that marriage provides a strong foundation for a thriving society,” said ADF Senior Counsel Brian Raum. “The union between husband and wife benefits society–especially children–in unique ways that cannot be duplicated by any other relationship. Throughout history, diverse cultures and faiths have recognized this universally defined ideal as the best way to promote healthy, natural families for the good of future generations.”

The survey results mirror American voter behavior when faced with the decision to either affirm marriage in their state constitutions or leave it open to legal challenges or other attacks.

“Americans strongly affirm the lifelong, faithful union of a man and a woman as the fundamental building block of civilization,” said Raum. “This survey, along with the nearly 80 percent win rate in ADF marriage cases, shows the opposition has created an illusion of momentum but not a real base of support or track record of victory in the courts.”

POS is a nationally-known public opinion research firm. In addition to polling for Fortune 100 companies, 80 members of Congress, 19 senators, and six governors, the firm’s partners (in conjunction with two other firms) poll for NBC News/Wall Street Journal and National Public Radio.

ADF is a legal alliance of Christian attorneys and like-minded organizations defending the right of people to freely live out their faith. Launched in 1994, ADF employs a unique combination of strategy, training, funding, and litigation to protect and preserve religious liberty, the sanctity of life, marriage, and the family.