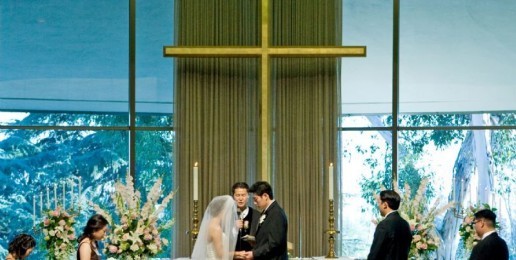 The survey also found that nearly 40 percent of Americans say marriage is becoming obsolete. According to the researchers, the changing views of family are being driven largely by young adults 18-29, who are more likely than older generations to have an unmarried or divorced parent or have friends who do. The survey revealed that young adults tend to have more liberal attitudes when it comes to spousal roles and living together before marriage.

Part of this disconnect in our culture may stem from the fact that many people don’t fully understand or appreciate the public importance of marriage; they view it as a purely private or church matter. Of course, the sharp increase in the divorce rates over the last 40 years has contributed greatly to the devaluation of marriage. Yet social science data continues to show overwhelmingly that children do best with a married mom and dad, and marriage is the best living arrangement for all involved.

The constant push to normalize sexual anarchy–specifically homosexual behavior and “marriage” type relationships–also has a powerfully negative effect on the public’s view and understanding of the institution of marriage. The radical political agenda of the Left that would grant any combination of individuals wishing to secure official government recognition of their relationship–and have it called “marriage”–undermines the notion of marriage as a unique institution. Court-mandated recognition of homosexual “marriage” and legislative compromises of “civil unions” in various states across the nation contribute greatly to the devaluation of marriage. The relentless push for counterfeit “marriage” ensures that marriage will become meaningless as a legal and social concept.

The church and groups like IFI must work to educate citizens about the important public purposes of marriage and the role it plays in building and sustaining healthy communities. There is no better way to counter those who think marriage is becoming obsolete.

Ironically, other surveys continue to show that most young adults want to be married. Time Magazine participated in this Pew Research survey. The magazine published an article entitled, “Who Needs Marriage? How an American Institution is Changing” discussing the research and survey results.

Researchers found that, in the words of the article, “marriage continues to be revered and desired.” In fact, the Pew poll found that although 44 percent of Americans under 30 believe marriage is heading for extinction, only 5 percent of those in that age group do not want to get married.

This is great news, indeed, and a good indication that young people have not given up on the idea of marriage.