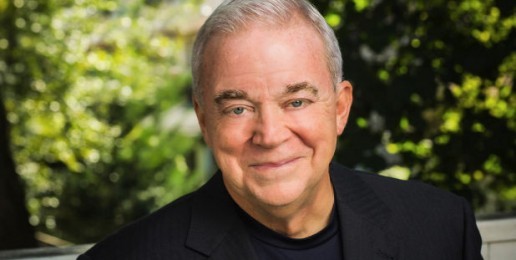 Rev. Wallis, you told us in 2008 that “the sacrament of marriage” should not be changed and that “marriage is all through the Bible, and it’s not gender-neutral.” Now, in 2013, you want to redefine marriage and make it gender-neutral. In doing so, you have betrayed the Word of God and the people of God.

To be candid, sir, I’m not surprised by your theological flip-flop—just pained and distressed by it, since your name is still associated with evangelical Christianity in America and you are a prominent church leader.

In the past, you raised some valid criticisms about the “religious right” and its deep solidarity with the Republican Party, but then you joined yourself to the religious left and the Democratic Party, even campaigning for Democratic candidates. So much for taking a kingdom-of-God position that transcends partisan politics and challenges the political establishment.

To be sure, you have rightly challenged us to consider the poor and the oppressed, pointing to the hundreds of Scriptures that call us to “social justice.” But then you have turned around and applauded Communist dictatorships that championed oppression and tyranny.

When it comes to Christian integrity, you disappointed us when you received funding from pro-abortion, pro-atheism billionaire George Soros and when you allowed the Human Rights Campaign (HRC), the world’s largest gay activist organization, to take out paid advertising in your Sojourners magazine, even though the HRC would love to silence all religious opposition to homosexual practice.

It is true that in 2008, you expressed having “mixed feelings” about the HRC ads, stating that you “probably wouldn’t do it again.” But today, the HRC celebrates your defection from biblical values, announcing in headline news, “Leading Evangelical Christian Voice Announces Support For Marriage Equality.”

Rev. Wallis, you have brought reproach to the name of Jesus, to the Word of God and to evangelical Christianity.

You raised concerns for many of us when you argued in 2008 that justice requires Christians to support (and even bless) same-sex unions, but you also stated clearly in 2008, “I don’t think the sacrament of marriage should be changed. Some people say that Jesus didn’t talk about homosexuality, and that’s technically true. But marriage is all through the Bible, and it’s not gender-neutral.”

Now you have declared your support for the radical redefinition of marriage, explaining, “I think we have to talk about, now, how to include same-sex couples in that deeper understanding of marriage. I want a deeper commitment to marriage that is more and more inclusive, and that’s where I think the country is going.”

How can you say this as a student of the Word and a professing disciple of Jesus?

But you don’t strengthen marriage by making it genderless, by replacing bride and groom with “Partner A and Partner B” (or, worse still, by adding formulas like, “I now pronounce you husband and husband or bride and bride”).

However sincere you might be, you are calling for changes that will ultimately result in removing the categories of mother and father from birth certificates, to be replaced instead with “Progenitor A and Progenitor B” (as is the case in Spain, where same-sex “marriage” is accepted under the law of the land).

Rev. Wallis, you don’t strengthen marriage by removing its foundational components—as emphasized by Jesus Himself in Matthew 19—namely, one man and one woman coming together in sacred, lifelong union. Instead, by advocating for the radical redefinition of marriage, you align yourself with the many groups in America who want to marginalize, ostracize and even criminalize religious opposition to same-sex “marriage.” What has become of your Christian conscience?

You even state that you want to make marriage “more and more inclusive,” which by extension means the support of polygamous marriage and polyamorous marriage and more, as the MarriageEquality blog states, “Advocating for the right of consenting adults to share and enjoy love, sex, residence and marriage without limits on the gender, number or relation of participants.” Have you really considered the implications of your words?

Worst of all, you have reversed your earlier position on what the Bible clearly says about marriage based largely on where “the country is going.”

What? Jim Wallis, the critic of the religious establishment; Jim Wallis, the counter-cultural revolutionary; Jim Wallis, the advocate of a Jesus who changes the world rather than conforms to it. You, sir, are now willing to redefine one of the most foundational and sacred human institutions, the institution of marriage, based on where the country is going? Isn’t that the path to spiritual and moral suicide?

You of all people should know that as followers of Jesus, we are called to swim against the conformist, worldly tide of the age, calling society back to the timeless ways of God, especially when society forsakes the Word of God and the God of the Word. Yet you have now joined in the apostasy, choosing to go with the populist flow—one that is becoming more anti-faith by the day—rather than having the courage and integrity to stand your ground.

Rev. Wallis, your best years of ministry could still be ahead, but you will need to humble yourself and repent. I am praying that you do.