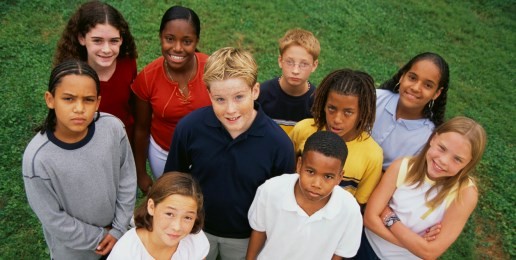 The statistics are clear and the data is overwhelming, children often suffer traumatically from choices adults make.  The number one determinant of whether a child will reach adulthood with a healthy chance at a normal life is the presence or absence of a father in the home.  Trace young people’s problems such as drug use, gang involvement, depression, high school drop-out rates, and  promiscuity and the number one factor will be absentee fathers!

Just as the Earth circles the Sun, so children do best with their biological mother and father.   There is no debate.  This is not mere consensus.  It is fact.  No adult “wants” should ever eclipse a child’s needs.  The “alternatives” raise the risks to children so dramatically that other than tragedies and unavoidables, every effort ought to be made to insure children have both parents present during their critical formative years.

However, this is not only not occurring in America, it is strenuously resisted.  Our cultural environment is decidedly anti child.  Whereas we ought to be stigmatizing anyone who makes choices that are detrimental to children, we rather stigmatize those who point out the destructive behavior of adults.  One would think that destroying the lives of innocent, helpless and powerless children would earn one the scorn of the community, but no!  The greatest scorn is reserved for those who oppose the conduct which destroys children’s lives. Children desperately need and quite literally plead to have both parents in their lives, but individuals and groups who fight for children are publically castigated and given labels which are not fit to be printed.

Americans have become so hedonistic, narcissistic, and feelings oriented that it difficult to find any who will actually consider the long-term consequences of what we now tolerate and even glorify.  Adults’ “feelings” trump children’s very lives.  The facts are unequivocal: divorce and single parenting do life-long harm to the children involved; and multitudes of children victims have turned to drugs, gangs, and suicide as a result.  Yet, to attach shame of any kind to these adult’s failures is not tolerated!  Why is it acceptable to injure children and unacceptable to criticize adult’s bad choices which cause the injuries?

When considering all the conducts toxic to children in America, it is difficult to determine which is worst.  Is it divorce?  Is it teen promiscuity?  How about the violent and sexually charged music and media?  But, when you think about it, does it really matter which is worst?  I find it difficult to believe that Americans do not simply put their foot down and declare that ANY behavior detrimental to things essential to the well-being of innocent and helpless children will not be tolerated!

This is a primary reason why I also oppose same-sex marriage.  It is merely one more thing that undermines the best environment for children: a home with mother and father.

Let me illustrate further.  Ask yourself if the following is not true right now in America.  We tolerate lying and we get less truth.  We tolerate corruption and find few honest politicians.  If we tolerate cheating we will get less character in our graduates.  When we tolerate laziness we will get fewer hard workers.  Therefore, because we have tolerated “alternatives” to “mother and father” we now have fewer mothers and fathers.  It just makes sense.

I am told that same-sex marriage will not affect my marriage.  So what?  I am not here to protect myself.  If I were, my perspective would be no better than the other side’s.  I am here trying to protect those whom our culture refuses to value, America’s children.  Anyone who demands that they get whatever they want without regard to the consequences to children does not deserve an audience.

It is tragic when children suffer unavoidable trials. It is evil when a culture intentionally inflicts the suffering upon them!