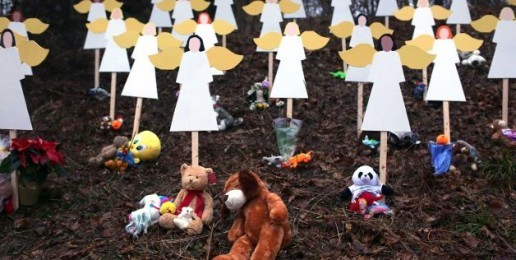 Was Family Breakdown a Factor in Connecticut Shooting?
Written By Laurie Higgins   |   12.17.12
PRINT

I’ve watched hours of coverage of the horrific school shooting in Connecticut. I’m dumbfounded that in all the discussions of possible contributing factors, I have yet to hear one “expert” suggest that perhaps his parents’ marital discord and subsequent divorce, his father’s remarriage, and the absence of his father may have affected the mind and heart of the deeply disturbed Adam Lanza.

His older brother left for college when Adam was 14, a period during which his parents’ marriage was unraveling. One report said that these experiences were very difficult for Adam, although they were not identified as possible contributing factors to his acts of violence.

Then in 2008 when Adam was 16, his father left, his mother filed for divorce (which became final in 2009), and shortly thereafter, his father remarried. News media are reporting that Adam had had no contact with either his brother or father since 2010.

How might such losses have affected a boy who struggled with social interaction and had virtually no friends? What message did  it send to a troubled child when his father moved out and started a new family in another town? How did it affect this isolated young man to have lost the only two intimate male figures in his life?

And how might things have turned out if his father and mother had been deeply committed to their marriage and his father deeply committed to Adam? Maybe nothing would have turned out differently, but along with discussions of gun laws, mental health services, school security, and violent films and video games, perhaps we should talk about divorce, loss, and the importance of fathers in the lives of their children.  I am not suggesting that divorce always causes violence. Clearly, it doesn’t. Similarly, it’s clear that violent films and video games don’t always cause violence, and yet we’re including them in discussions of possible contributing factors.

Rather, I’m suggesting that we as a culture should include divorce and all its pernicious consequences in our discussions of factors that may have contributed to the transformation of a troubled young man into a mass murderer. It seems at least possible that marital discord, divorce, loss, and feelings of abandonment could be contributive factors.

I suspect there are myriad disincentives for Americans–including Christians–who have selfishly indulged in unjustifiable divorce for  decades to look honestly at the emotional havoc they have wreaked on their own children. But unless we can say with absolute certainty that divorce and absent parents contribute nothing to intense feelings of hopelessness, sorrow, loneliness, and anger that could play a role in triggering violent acts by troubled young men, we must have this conversation.

Guns Are Not the Ultimate Cause of Mass Killings

Guns or Family Dysfunction Cause of Mass Killings?
b
a
x
r