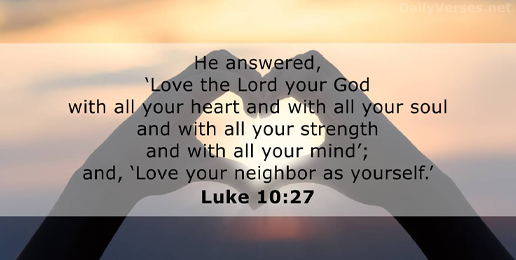 We are in the midst of a revolution propelled by the integration of the government—including government schools—big business, social media, the arts and entertainment industries, medical and mental health organizations, the legacy press, and even the military industrial complex in the service of creating a monolithic anti-culture, one in which truth is suppressed and human flourishing undermined.

In the first conversation, we expressed our shared incredulity that America is becoming in our lifetimes in plain sight a totalitarian state in which the government—also known as Big Brother—is moving quickly to oppress Christians.

Leftists, who have not eyes to see, mock such a claim as absurd and paranoid, but Christians—especially those who have fled Communist countries—can see the portents.

The second conversation was precipitated by a Facebook post in which I included the following excerpts from reviews of the movie Babylon—Hollywood’s special Christmas gift to Americans:

From the Houston Chronicle:

But why opt for subtlety and insight when you can have upchuck and defecation?

Babylon is a ghastly, sticky, indulgent mess of a movie, slinging shock value in lieu of anything interesting to say.

Babylon is a manic sprawl that only pretends to celebrate cinema. It’s really about prurience, dumb sensation, self-congratulation and willful ignorance of history.

Babylon Is a Defecating Elephant of a Movie. Brad Pitt and Margot Robbie star, but Damien Chazelle’s movie crawls up its own mammoth butt. Within the first 15 headache-inducing minutes of Damien Chazelle’s old-Hollywood epic Babylon, the camera has been on the receiving end of a flood of elephant sh*t and eavesdropped on a call girl hired to urinate on an obese and grotesquely self-indulgent movie star. This excretion-themed intro serves as a thesis statement for the 3-hour-and-9-minute-long movie to come.

And from Richard Roeper writing for the Chicago Sun-Times:

What a sprawling, grotesque, self-indulgent, wretched, occasionally mesmerizing but ultimately over-the-top mess we have in Damien Chazelle’s Hollywood epic “Babylon,” which one imagines was supposed to be a lurid and show-stopping and unvarnished celebration of the hedonistic madness that enveloped the movie business in the 1920s but comes across as a three-hour plus attack on our senses—a flashy, sometimes dazzling but curiously uninvolving and often nauseatingly gross spectacle.

Where do we start? How about the opening scene that affords us a closeup of an elephant’s rear as it defecates like a fire hose on an unfortunate immigrant, isn’t that hilarious and entertaining? Or what about the profoundly unfunny sequence in which an actress gorges herself on a lavish buffet before projectile vomiting as if she’s Regan from “The Exorcist” showing up in a Monty Python movie?

Wait, there’s more. So much more.

We’re also “treated” to scenes of a woman urinating on an obese party animal; a sad-sack moron getting his head stuck in a toilet; a muscle-bound and crazed giant of a man munching on a live rat, and various showbiz types getting coked up and liquored up and on and on it goes.

In response to this post about yet another manifestation of sexual deviance produced by denizens of America’s anti-culture, unmoored as it is from God—the source of goodness, beauty, and truth—a friend asked if we’ve “finally reached the bottom of the barrel.”

No, I answered, we definitely have not reached the slimy, rotten, fetid bottom of the barrel. The “love is love” crowd has barely scraped the surface of polyamory, pedophilia, incest, and “zoophilia” yet. And then there remains the arduous task of normalizing all the paraphilias the fertile imaginations of fallen man invent. Of course, the ground is softening, making the planting and tending this garden of poisonous weeds less arduous.

Who could have imagined a mere generation ago that we would see our government turn against Christians in such bold ways, abrogating their First Amendment rights and polluting the public square with body- and soul-destroying perversity?

But, tragically and unconscionably, many Christians have been accomplices. And for that they ought to confess and repent. Many have refused and remain committed to refusing to talk openly about God, Satan, and the cultural embrace of sexual degradation even as their neighbors—including children—suffer grievously.

Awash in unbiblical pride and worry, consumed by love of money, and so covetous of our reputations among men that many of us remain silent as the anti-culture uses our money to preach dark things to children that are abominations in the sight of God.

Here’s a New Year’s Resolution to ponder: Resolve to speak truth at every opportunity as an expression of obedience to God and love of our neighbors. In so doing, we will also stand a better chance of preserving the rights of our children and grandchildren to speak, worship, and raise their children freely.