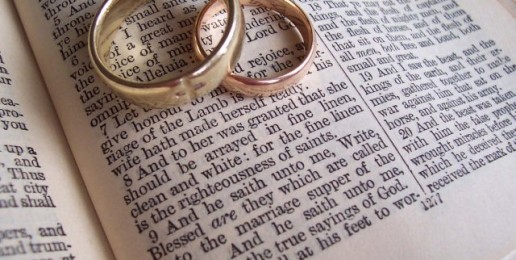 On Friday afternoon, the Illinois State Senate Executive Committee heard testimony on Senator Heather Steans‘ “Religious Freedom and Marriage Fairness Act” (HB 4963).  With nine Democrats and 6 Republicans on this committee, the bill easily passed out of the committee by a vote of 8 to 5.

For the past four General Assembly sessions (8 years), a constitutional amendment to define marriage as one man and one woman has been introduced. And each year, Speaker Michael Madigan (D-Chicago) has refused to move it to a committee to be debated and voted on. If this amendment were to come before the entire General Assembly, we are confident that it would receive the two-thirds vote needed to pass. And once passed by the General Assembly, it would be placed on a ballot referendum in the next state wide election forIllinois voters to decide.

We cannot afford to ignore this situation! Illinois citizens can send a strong message by calling, emailing and/or visiting your state lawmakers in support of natural marriage.

Take ACTION:  If you haven’t yet sent an email or a fax to your state lawmakers, please do it now!  Click HERE to let them know what you think.

Please forward this article to your family and friends in Illinois.

The Self-Congratulation in Banned Books Week
b
a
x
r