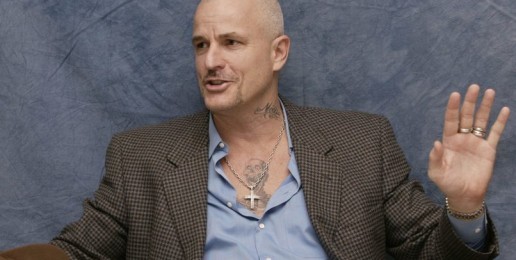 If all human beings should have the right to marry (or simply be with) the one they love, as proponents of same-sex marriage constantly tell us, then why shouldn’t adult, incestuous couples enjoy that same “right”? Hollywood director Nick Cassavetes is the latest to say, “Why not?”, and I for one am not in the least bit surprised.

Simply stated, with the public endorsement of same-sex relationships, the endorsement (or at least acceptance) of consensual, adult, incestuous relationships is the next step. Consider the following:

In light of the above, which could be multiplied almost ad infinitum (and ad nauseam), Nick Cassavetes’ comments shouldn’t be so shocking: “I’m not saying this is an absolute but in a way, if you’re not having kids – who gives a d-mn? Love who you want. Isn’t that what we say? Gay marriage – love who you want? If it’s your brother or sister it’s super-weird, but if you look at it, you’re not hurting anybody except every single person who freaks out because you’re in love with one another.” Yes, isn’t that what “we say” these days?

Promoting his new movie “Yellow,” which features an adult incestuous relationship, he said, “We had heard a few stories where brothers and sisters were completely, absolutely in love with one another. You know what? This whole movie is about judgment, and lack of it, and doing what you want.” Exactly. Who are you to judge?

A gay man and his partner once asked me, “But how can you say our relationship is wrong? We’re not hurting anyone and there is no victim.” I asked them, “Would you approve of two adult gay brothers having a relationship?” They both replied, “But that is so wrong!” Yet when I pressed them further, they could not say why their relationship was fine but that of two consenting brothers was not.

So, what’s it going to be? Do we hold the line on marriage as the union of a man and woman only, or do we eventually open the door to incest too?

Adult Consensual Incest is A’Comin’
b
a
x
r