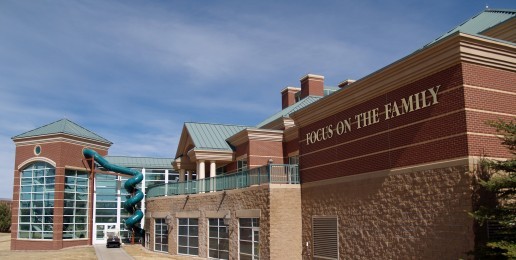 Editor’s Note: IFI requested comments or clarifications on the AOL article from Focus on the Family. They did not respond.

There has been much speculation about why James Dobson left Focus on the Family (FOTF). The speculation is that he was, in effect, forced out because some in leadership hope to create a kindler, gentler face for FOTF, which seems strange in that it’s hard to imagine someone kindler or gentler than James Dobson.

Pastor Ken Hutcherson writes that “Focus does have a new focus; an image change designed to make them accepted and well-liked rather than standing for righteousness in an unrighteous society.”

A recent AOL article about the shift in leadership at FOTF, although not providing proof for those rumors, does suggest they may be true.

“When you look back from a pro-life perspective, what were the gains there?…We don’t see the results for the energy, the money, everything else that’s been poured into the political sphere.”

Daly is simply wrong in his assertion that the pro-life position has seen little or no gains. Because of the perseverance of pro-life warriors, polls show that there has been significant decline in support for the anti-life position, particularly among the younger generation.

“We as a Christian community need to refocus a bit on what’s important in the culture. For us, it’s family. That’s our mission….I don’t know what will happen with same-sex marriage, but I’m not going to be discouraged if we lose some of those battles, [for] 98 percent of people, traditional marriage will remain relevant.”

This statement reveals a rather surprising naivete. Perhaps Mr. Daly hasn’t read any of the research done by Stanley Kurtz who found that when “same-sex marriage” was legalized in Scandinavia, heterosexual investment in traditional marriage declined. This makes sense. Legalized “same-sex marriage” embodies and promotes the radical and subversive ideas that marriage has no intrinsic connection to heterosexuality and no intrinsic connection to procreation, so why should 98 percent of the population find an institution that is unrelated to heterosexuality and unrelated to procreation relevant? Why should those who do not hold orthodox Jewish, Muslim, or Christian views find traditional marriage relevant?

If the family is FOTF’s mission, then they better figure out how to stop the pro-homosexual juggernaut — nicely, of course — because soon every child from kindergarten through high school will be taught about “diverse family structures” and Heather’s two nice mommies.

What FOTF needs to bear in mind is that while it’s easy for the pro-life position to be advanced through emotional appeals to the heart like the Tim Tebow ad that aired during the Super Bowl, it’s very difficult for the pro-traditional marriage and anti-homosexuality position to do that. The other side has the clear narrative advantage. It’s much easier to create a touching film about a little boy with two mommies or a picture book about cute furry homosexual animals than it is to create heartstring-tugging picture books and films that show the immorality and societal devastation of homosexual practice and “same-sex marriage.”

We live, and move, and have our being in a culture that Neil Postman described as a place where “imagery, narrative, presentness, simultaneity, intimacy, immediate gratification, and quick emotional response” reign supreme and where “logic, sequence, history, exposition, objectivity, detachment, and discipline” resonate little. This means that those who can create compelling stories that pack an emotional punch will win the hearts and minds of Americans. Those who must rely on logic, exposition, and objectivity are at a distinct polemical disadvantage.

As evidence for his claim that a kindler, gentler approach to cultural issues is more effective, Daly claimed that the soft Tebow ad was a “game changer.” What a Barna poll showed was that of those who believe abortion should be legal, 4 percent said the commercial was cause for them to reconsider their opinion about abortion. Oddly, the poll also showed that the ad caused 8 percent of those who believe abortion should not be legal to reconsider their opinion on abortion.

Methinks Mr. Daly overstates the case, but perhaps the ad will be a “game changer.” If so, then FOTF should make a slick and soft game-changing ad about homosexuality.

For the most part the church has long adopted the soft, “We heart homosexuality” approach, dribbling virtually no energy or money into the political sphere, and we see the effects: even as the younger generation of Christians moves to an anti-abortion position, they have moved to a love the sinnerand the sin position on homosexuality.

Mr. Daly also said “I will continue to defend traditional marriage, but I’m not going to demean human beings for (sic) the process.” To whom exactly is Jim Daly alluding? James Dobson? Or is he referring to those relatively few stalwart culture warriors who are willing to endure the malignant lies and obscene epithets that a courageous stand for truth in the public square on this issue elicits? The language employed by Mr. Daly here is the kind of language commonly employed by either homosexualists (i.e., homosexuals and those who support their ontological, moral, and political views) or by those Christians who are unwilling to publicly condemn volitional homosexual practice as immoral, even as our public schools affirm homosexuality to children with public money.

Who defines “demeaning” for FOTF? That’s a critical question because those who affirm a homosexual identity believe that public statements about the immorality of volitional homosexual acts are demeaning. And those who support legalized “same-sex marriage” believe that moral opposition to it is demeaning. If FOTF allows the culture to define what is demeaning, then silence is their only option.

How will FOTF oppose the widespread cultural embrace of specious ideas about the nature and morality of homosexuality, even among Christians?

How will FOTF work to stop the exposure of elementary, middle, and high school students in public schools to homosexuality-affirming resources disguised as “anti-bullying” resources?

Mr. Daly rejects being “highly confrontational,” a commitment with which I would wholeheartedly agree — depending on how “confrontational” is defined. If Daly means that he seeks to confront the culture, but without hostility, his goal is admirable. If, on the other hand, he is rejecting not just hostility but also cultural confrontations, then there’s a problem. To confront means to defy or come up against, which is what will be required if we hope to protect the unborn, children, the family, speech rights, religious liberty, and truth.

Shouldn’t we boldly confront the efforts of homosexualists who are working feverishly to expose our littlest ones to homosexuality and “transgenderism” in our public schools? How perverse does the behavior that our public schools affirm have to become and how young the children to whom and in whom it’s affirmed before the church as well as para-church organizations will become willing to confront the unproven, corrupt ideas promoted in public schools?

It certainly has not been any mythical confrontational tactics of serious orthodox Christians that have rendered our Christian youth vulnerable to the specious secular arguments used to normalize homosexuality. Here’s what has led the body of Christ, including our youth, to respect and affirm heresy:

Far too many churches and para-church organizations are adopting emasculated approaches to the pro-homosexual movement. Not only are we not pro-active in preparing our youth intellectually to understand the specious secular arguments used to normalize homosexuality, but we’re not even sufficiently re-active.

Just when the cultural threat is greatest; when Obama has appointed lesbian law professor Chai Feldblum to the Equal Employment Opportunity Commission; when he has appointed Kevin Jennings, homosexual founder of the Gay, Lesbian and Straight Education Network to be the Safe Schools “czar”; when the “Hate Crimes” bill has passed Congress; when the Employment Non-Discrimination Act is soon up for a vote; when the Student Non-Discrimination Act has been proposed; when the Safe Schools Improvement Act has been proposed; and when efforts to eradicate marriage continue unabated, we need warriors who are willing to confront lies and protect children.

Let’s hope and pray that Focus on the Family continues to lead courageously, perseveringly, and unambiguously on the critical cultural issues pertaining to life, family, and marriage.