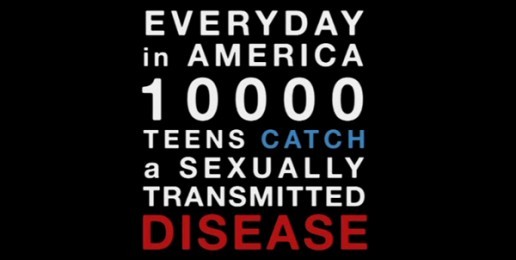 Last week the Centers for Disease Control released some frightening new numbers revealing that America is reaping what we have sown with our licentious culture and our war on values.  One in three Americans now have a sexually transmitted disease.  (The ratio is much closer to one out of two if you include only sexually active age groups.)

We now have 20 million new sexually transmitted infections a year. Half of all new infections occur among those aged 15 to 24.  Today, 110 million Americans have a venereal disease, which costs the nation about $16 billion a year.  (Social problems carry huge financial price tags.)

For a historic perspective of what we have unleashed upon our society consider this:  since the dawn of time until 1960, there were but two major Sexually Transmitted Diseases – syphilis and gonorrhea.   Today there are nearly 50 different kinds of STD’s and many of them are incurable or resistant to antibiotics.

Abstinence, fidelity and reclaiming a national moral ethic has never looked better or been more necessary.  Sex outside of marriage is a lot like medical Russian Roulette, but with only a three round revolver.  Sadly, the response to these new numbers has been more of the same from the likes of Planned Parenthood whose only answer is to offer more contraceptives.

As Dr. Phil would sarcastically say, “How’s that been working for ya?”

The Health Hazards of Homosexuality: An Important New Book from MassResistance (Part 1)