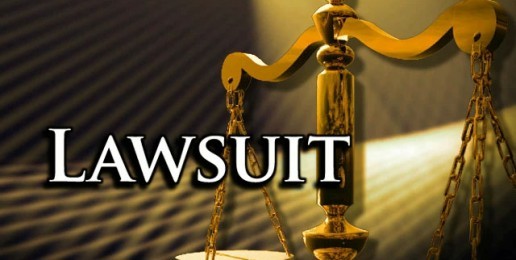 Thomas More Society’s special counsel Paul Benjamin Linton, Esq., argued before the Illinois Supreme Court in Springfield Thursday, September 20, seeking to intervene in a lawsuit brought by the Illinois ACLU in an attempt to declare the Illinois Parental Notice of Abortion Act of 1995 unconstitutional.

The ACLU brought claims that the law is a violation of the Illinois State Constitution of 1970, even though the Act was upheld as constitutional after a lengthy federal litigation that concluded three years ago. Linton will petition the high court to reverse rulings by the trial court in Cook County affirmed by the Illinois Appellate Court for the First District, holding that downstate county prosecutors would not be permitted to intervene in the lawsuit, which is being defended by the Illinois Attorney General’s office.

Linton is arguing on behalf of Stewart Umholtz of Tazewell County and Edward Deters of Effingham County, a Republican and Democrat, respectively, that the very premise of the ACLU’s lawsuit — that the Illinois Constitution protects a right to abortion that is stronger than the federal abortion right recognized in Roe v. Wade — is patently false. The county prosecutors maintain that there is no abortion right whatsoever prescribed by the Illinois Constitution, let alone one stronger than the federal right, and therefore the ACLU lawsuit must be dismissed.

“This has been a lengthy and tortured legal process. We’ve beaten back the ACLU in federal court, and we’re very hopeful that this will now bring an end to the Illinois state proceedings so that the parents and the children of the state of Illinois will have the same protection prior to an abortion that the parents and children of many, many other states have,” said Peter Breen of the Thomas More Society.

The Cook County trial court had dismissed ACLU’s case on the ground that an Illinois abortion right was no stronger than the federal right, and thus the federal court upheld the parental notice law that was dispositive of the state court lawsuit. The Appellate Court, however, reversed and remanded the lawsuit for further proceedings on the merits of ACLU’s claim.

“We get calls all the time from folks whose children were brought to Illinois — whether by boyfriends or whomever, sometimes sex abusers — and those children are then subjected to abortions that parents have no idea about, and then they’re just returned to their home states,” said Breen.

Both the Attorney General’s office and the Thomas More Society and Linton, acting on behalf of the downstate prosecutors, then sought leave to appeal to the Illinois Supreme Court, and the high Court allowed both petitions. Linton argues that the Illinois Attorney General has been an inadequate representative of the prosecutors’ interests in that she declines to argue the strongest point of the defense, namely, that there is no abortion right at all under the Illinois Constitution, given the record of proceedings before the Constitutional Convention in which the delegates voted to leave the issue for legislative determination.