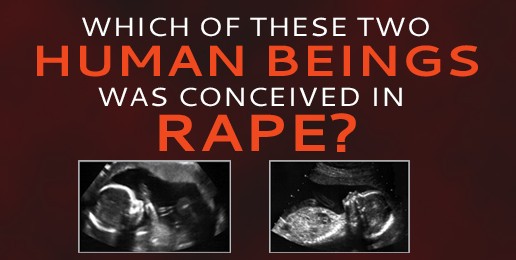 I remember when I was a “newbie” pro-lifer. I had accepted the basic premises of our movement: that life begins at conception, that life is intrinsically valuable, and that abortion hurts women and families, not just children. However, as most “new” pro-lifers often believe, I thought abortion in the case of rape and incest was morally “okay.” I didn’t like saying abortion was ever “okay,” but I knew that saying abortion is always wrong, even in cases of rape and incest, would make me sound like an extremist who didn’t care about women and that wasn’t me. I had gotten into the pro-life movement to help women not hurt them.

Today, many of the students our team members work with are new to the pro-life movement and are just beginning to think about these difficult issues and how being pro-life means they will have a different response. The day that a person accepts that the pre-born human child is intrinsically valuable and should not be thrown away in an abortion, is the day they will have to start thinking about some tough things.

It has now been over a decade since I chose to be “pro-life,” and my view of abortion is those most awful of circumstances, rape and incest, is different. I’m opposed to all abortions. And let me share with you, not shout at you, about how I got here and I hope it helps you when making your own decisions:

Now, there are some anti-abortion advocates and many politicians who are opposed to abortion except in cases of rape, incest, and the life of the mother. Even though I disagree with their rape and incest stances, I don’t believe in attacking these folks, because I just see them at a different place down the “pro-life path.” I believe pro-life politicians today especially feel they must say abortion should be legal in cases of rape and incest because of the 15-second media culture we live in. Talking about the horrific violence of rape and the personhood of all human beings in a way that is compassionate and sensitive to all cannot be achieved in a 15-second sound byte.

Before we end all abortions, our movement must do more to educate Americans and ourselves about the personhood of all human beings, only then will politics and policies follow.

Originally posted on September 4, 2012 at StudentsforLife.org.