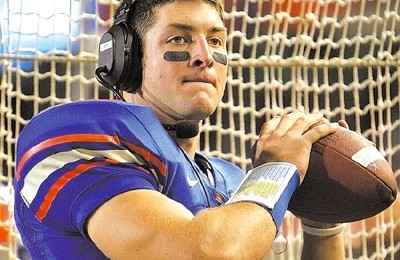 “It is amazing to watch the venom and hatred that is being directed at Tim and Pam Tebow and Focus on the Family by the National Organization of Women (NOW) for a Super Bowl ad that they have not seen,” said Dr. Gary Cass of the Christian Anti-Defamation Commission. “This backlash exposes the irrational hatred of NOW who apparently despises any hint of a positive Christian message. CBS is to be commended for their willingness to not censor a wonderful story of a mother’s courage and love.”

Tim Tebow is a Heisman-winning, University of Florida quarterback and NFL prospect. The ad tells the story of his mother Pam in the ad funded by Focus on the Family. They tell of her high-risk pregnancy when she and her husband were missionaries in the Philippines. Although advised by her doctor to have an abortion, she chose to risk her own life and Tim Tebow was born.

Erin Matson of the National Organization for Women said, “This ad is frankly offensive. It is hate masquerading as love. It sends a message that abortion is always a mistake.”

“Pam Tebow personifies virtues that everyone admires- faith, courage and sacrifice. Ironically, NOW attacks a woman for doing a very brave and virtuous thing because they will not look past their ideological blinders,” said Cass. “NOW should be ashamed. Their disproportionate overreaction against the ad exposes their irrational anti-Christian bigotry.”