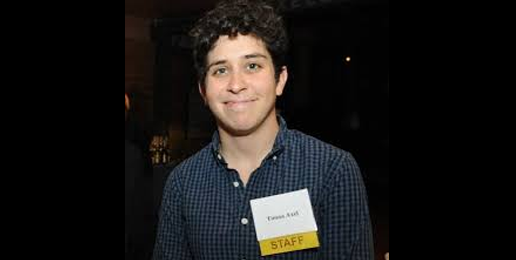 Do you want to know what motivates and animates our “Social Justice Warriors”? Well, I know you know it’s not really justice—one of the buzzwords often blathered by our warriors—because justice depends on absolute standards by which to determine the parameters and constitutive features of justice. While claiming to promote justice, these battlers steadfastly stand against virtue and truth. In other words, they Oppose Righteousness Continuously. They’re ORCs. (Any resemblance to fictional goblins is purely coincidental).

One ORC, cross-dressing lesbian activist Timna Axel, donates her time and apartment to help women from other states have the tiny innocent humans in their wombs slaughtered. Axel volunteers for the Midwest Access Coalition (MAC), a tax-deductible non-profit organization that “helps people traveling to, from, and within the Midwest access a safe, legal abortion with support in the following areas: travel coordination and costs, lodging, food, medicine, and emotional support.” One of the other services MAC offers is to refer pregnant minors who want to circumvent parental involvement in their decision to abort their children to the Illinois Judicial Bypass Coordination Project.

Axel is featured in a Chicago Tribune article about the startling number of women who are traveling to Illinois to have their offspring killed—killings that ORC Axel enjoys facilitating. The Tribune reports that “Last year, 5,528 women traveled to Illinois from other states to terminate pregnancies, almost a thousand more than the 4,543 women who came from out of state in 2016.”

Using the usual euphemism of “health care” to refer to human killing, Axel frets, “It doesn’t seem right there should be this island of health care access in Chicago.” Apparently in Axel’s dystopian world, what the world needs now is a continent of feticide-providers.

Axel isn’t the only homosexual activist quoted in the Tribune. Terry Cosgrove, a well-known Chicago activist who slavishly pursues all things dark, is also quoted. Cosgrove, president and CEO of the pro-human-killing advocacy group Personal PAC, absurdly asserts that the abortion restrictions in surrounding states are “pure misogyny.” Really? Well, here’s an inconvenient fact for Cosgrove: about half of the 39, 329 abortions committed in Illinois in 2017 were girls. Some might argue that the intentional killing of well over 19,000 girl babies is more misogynistic than restrictions that prevent the killings of girls. (BTW, I thought men were not permitted to have an opinion on abortion.)

J.R.R. Tolkien writes this about his fictional Orcs:

Their language was actually more degraded and filthy than I have shown it…. Much the same sort of talk can still be heard among the orc-minded; dreary and repetitive with hatred and contempt, too long removed from good to retain even verbal vigor, save in the ears of those to whom only the squalid sounds strong.

On Saturday, March 16, 2019, the Illinois Family Institute will be hosting our annual Worldview Conference. This coming year, we will focus on the “transgender” revolution. We already have commitments from Dr. Michelle Cretella, President of the American College of Pediatricians; Walt Heyer, former “transgender” and contributor to Public Discourse; and Denise Schick, Founder and Director of Help 4 Families, and daughter of a man who “identified” as a woman.

The Transgender Ideology:
What Is It? Where Will It Lead? What is the Church’s Role?
Stay tuned for more information!