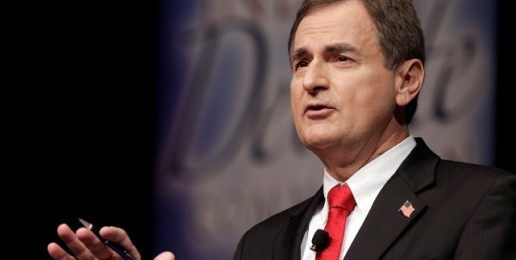 Another conservative has made another inept comment regarding rape. I am referring to this comment from Indiana Republican U.S. Senate candidate Richard Mourdock in response to a question regarding his views on abortion:

Life is that gift from God. I think that even when life begins in that horrible situation of rape, that it is something God intended to happen.

First, it should be clear that the demonstrative pronoun “that” was referring to conception, not rape. To some listeners, Mourdock’s comment was offensive because they mistakenly thought he was saying that God intended rape “to happen.”

Second, it should be equally clear—at least to Christians—that God is the author and creator of life. So, if a new life begins, God has, indeed, “intended it to happen.” All human beings are precious gifts from God and are created in the image and likeness of God.

Mourdock’s comment suggests the difficult theological issue of the problem of evil and God’s sovereignty, which raises a whole host of theological questions: Does God ordain, cause, will, or bring about evil? What is the nature of the relationship between God’s sovereignty; his redemptive plan for history; human will; evil; and his infinite goodness, knowledge, holiness, and wisdom?

One thing is certain, our political circus tent is not the place where substantive, serious discussions of the problem of moral evil and God’s sovereignty can take place. Before the mainstream press, feminists obsessed with feticide, and other “progressives” start throwing stones at Mourdock, perhaps they should take note of the fact that the greatest theological minds throughout history and today wrestle with precisely the question his comment raises.

The only sound bite that’s needed in response to a media question that is intended to generate all heat and no light is, “Babies do not deserve to be killed because of the evil actions of their biological fathers.”