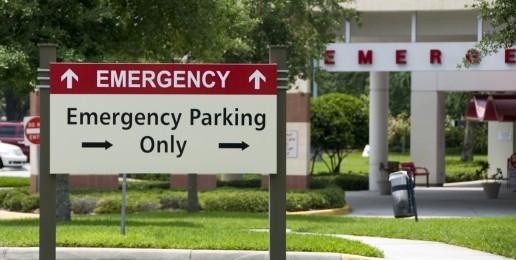 The Chicago Tribune newspaper has released the details of a new investigative report revealing the number of abortions in the state has been massively underreported. Those numbers include six women who have died from botched abortions and 4,000 who were injured.

Although state law on abortion that Illinois adopted in 1975 requires abortion centers to report numbers and complications to the Illinois Department of Public Health, the Tribune found the state system for tracking abortions is so broken that officials are likely missing as many as 7,000 abortions annually.

The newspaper found state officials documenting between 7,000 and 17,000 fewer abortions per year than the Guttmacher Institute, the former Planned Parenthood research arm that obtains numbers directly from abortion businesses. Although failure to report abortion figures or to do so properly is technically a criminal act, the Department of Public Health has never come down against an abortion business for violating the state law.

Kelly Jakubek, an agency spokeswoman, told the newspaper that it is the responsibility of abortion practitioners, not the state, to ensure they are complying with the law. She said the health department never responds to the reports because they are meant for statistics purposes only.

The Tribune also indicated that Illinois has no process other than the abortion statistics reporting to monitor whether abortion facilities or abortion practitioners have high rates of complications and may be killing or injuring women in abortions. Although Illinois currently tabulates abortions from 26 locations that do abortions in the state, Guttmacher lists 37 places as doing abortions in Illinois.

The newspaper also found that 4,000 women injured by botched abortions failed to have those injuries noted in official reports.

“For example, in 2002, after an area woman’s uterus was torn in an abortion, she began hemorrhaging, went into cardiac shock and was hospitalized for three weeks. Several years later, a mother of three experienced seizure symptoms and slipped into a coma following her abortion at a city clinic. And in 2009, a teenage girl suffered respiratory and cardiac arrest and died immediately following her abortion in a northern suburb, according to court records,” the Tribune reported.

“In certain medical malpractice cases reviewed by the Tribune, women said they were never informed by their provider that the abortion was unsuccessful and later underwent challenging pregnancies, painful deliveries and other complications.”

“Others suffered anesthesia-related problems, hemorrhaging and infections, according to the suits,” it indicated.

Maurice Stevenson, who lost his wife to a lethal infection that her 2002 abortion at a Planned Parenthood center in Chicago brought on, told theTribune he is upset to learn of the newspaper’s discoveries, saying, “It’s outrageous. These procedures, complications and deaths should be public record.”