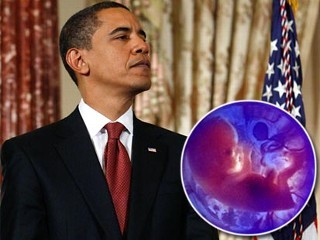 An abortion doctor in Philadelphia has been charged with the gruesome murders of seven babies, babies born alive whom the doctor then killed with a pair of scissors.  (http://www.youtube.com/watch?v=9SUN6CHSICE)

Dr. Kermit Gosnell induced labor and forced the births of viable babies in their sixth, seventh and eighth months of pregnancy. After the newborns drew their first breath, he stuck a pair of scissors into the back of their necks and severed their spinal cords. Gosnell cavalierly referred to the practice as “snipping,” as if he were pruning flowers in his garden.

Philadelphia District Attorney Seth Williams said hundreds of other babies likely died in the squalid clinic that Gosnell ran from 1979 to 2010. The grand jury report said, “These killings became so routine that no one could put an exact number on them. They were considered ‘standard procedure.'”

According to the DA, the state agencies charged with overseeing individual physicians flatly refused to do anything despite knowing that 46 lawsuits had been filed against him and being presented repeatedly with evidence of wrongdoing in Dr. Gosnell’s clinic. The clinic had not been visited by oversight officials since 1993, after pro-life Democrat governor Bob Casey left office, and was not in fact visited again at all until February of 2010 in connection with a drug investigation.

The DA said the doctor demonstrated “disregard of the law (note: abortions after 24 weeks are illegal in Pennsylvania), and the disdain for the lives and health of mothers and infants.”

Gosnell charged his clients, most of whom were poor, between $1,625 and $3,000 for these illegal abortions, and authorities found $240,000 in cash in his home. He has become a millionaire by murdering babies in their first moments of life. The DA said he had cleared $1.8 million in one recent year alone through his grisly and gruesome dungeon. He is America’s Dr. Mengele.

Williams says the doctor “cut short the lives of living, breathing babies who would have survived with proper medical attention.” In the understatement of the year, he went on to say, “A doctor who cuts into the necks severing the spinal cords of living, breathing babies, who would survive with proper medical attention, is committing murder under the law.”

Bags and bottles holding aborted babies were found scattered throughout the building. One shelf was lined with jars containing the severed feet of babies. Gosnell used unsterilized instruments, re-used disposable medical supplies, and performed procedures in filthy rooms which reeked of cat urine.

No wonder local officials described his clinic as a “house of horrors.”

Another murder charge has been filed on behalf of the family of an adult immigrant woman, who was killed through an overdose of anesthesia administrated by an untrained high school student when Dr. Gosnell was not even on the premises.

Who has made this kind of barbarity possible? For an accomplice, look no further than the Oval Office. The sitting president of the United States used his influence no less than four times as an Illinois state senator to prevent newborn babies from receiving medical care that could have saved their lives.

He used his political power to make sure that babies born alive in Illinois after surviving an abortion attempt were tossed in a corner of the room and left to die.

What is the moral difference between discarding a baby and allowing it to die with no care, no comfort, no medical attention, and killing the same baby with a pair of scissors? Perhaps there is a difference in savagery, but there is no difference in barbarity.

I submit that the president of the United States shares moral culpability for creating a climate in which this kind of Mayan-era butchery could take place. He too, just like Dr. Gosnell, has shown a “disdain for the lives and health of … infants.”

Utter moral failure can be found on all fronts. One cannot imagine the darkness of a man’s heart who could enrich himself by sticking scissors into the necks of newborn babies, or fathom the conscience of government officials who deliberately refuse to exercise accountability. They could have saved the lives of these seven babies, but were absent without leave for at least 17 years.

And yet even worse, the man who sits in the most powerful office in the world does not believe in the sanctity of newborn human life. If he doesn’t, why should a butcher in Philadelphia?

Help expand our reach
by forwarding this story to like-minded family and friends.