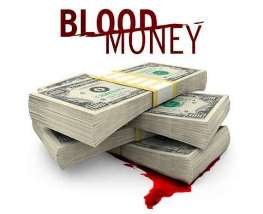 A short time ago, I wrote about the absence of righteous anger in the church about the use of public money to affirm homosexual behavior in our public schools. Tragically, that’s not the only cultural issue about which there is a paucity of righteous anger. Abortion, the barbaric practice of killing the unborn in a selfish, unholy quest to fulfill the “needs” of another, remains the other issue on which the church fails to demonstrate an appropriate degree of anger. If the church did demonstrate an appropriate degree of righteous wrath, this murderous practice would have long ago been banned.

But here we are thirty-six years and a staggering 50,000,000 aborted babies later still witnessing this daily assault on life and decency.

There a noble, courageous, and tireless few who picket abortion abattoirs and serve on social concerns committees at church; there’s a handful of people of faith who volunteer at crisis pregnancy centers; there are more who will who donate money to pro-life organizations; there are some who will actually talk to a friend or neighbor about the gruesome, unnatural, and indefensible practice; and some of us occasionally assuage our consciences by watching a pro-life video and shedding at tear which we view as a sign that we really care.

But do we? Do we really care that 3,500 incipient lives are being slaughtered every day? If we truly believed that the unborn are distinct human lives created in the image and likeness of God and deserving of our protection, would we really view an occasional comment to a neighbor or watching a video — if we do even that — as sufficient? If there were centers around the country engaging in infanticide, would we view donating money as all that we were morally obligated to do? Are our consciences so seared that nothing can motivate us to action?

How many hours per week and how much of our money do we spend on non-necessary shopping, watching television or videos, meandering aimlessly and mindlessly around the Internet, reading vacuous “women’s” magazines, playing golf, or attending sports events? And all the while, babies die.

Not to worry, the soma’s working. Just like Huxley‘s soma that preserved “incomprehension intact,” the lulling, dulling rhetoric of “reproductive rights” and “choice” rock us and soothe us like the cradle that so many babies will never know. Young women are deluded into believing that if they don’t want to raise a baby or lack the financial or emotional means to provide a suitable home, the compassionate response is exterminating their children. What an intellectual and moral failing: what an untenable and hideous deceit.

Defenders of the indefensible rise up in unrighteous indignation when defenders of life publicly display photos of aborted babies. In high dudgeon, defenders of feticide decry the public display of these photos. They are more enraged about the repugnant images of tiny, severed baby parts than they are at the procedure that makes possible those loathsome photos — procedures performed at over 800 Planned Parenthood abortuaries. Would these people express the same moral indignation and anger over photos of the lifeless, dangling bodies of African American lynching victims, or the piles of naked bodies of Holocaust victims, or the little napalmed Vietnamese girl?

Photos have the capacity to burn through the mesmerizing fog of sophistry, compelling society to confront the obscene truth about evil — and the truth about abortion is both obscene and agonizing.

These abortuaries kill enough minority babies to surpass the dreams of racist Planned Parenthood founder and eugenicist Margaret Sanger. In a 2006 article entitled “The Left Practices Genocide by Abortion,” authors Kenneth Blackwell and Jerome Corsi wrote, “Statistics show that between 1882 and 1968, 3,446 blacks were lynched in the United States. That number is bypassed by the number of African American abortions every three days.”

We should hire three or four colored ministers, preferably with social-service backgrounds, and with engaging personalities. The most successful educational approach to the Negro is through a religious appeal. We don’t want the word to go out that we want to exterminate the Negro population. and the minister is the man who can straighten out that idea if it ever occurs to any of their more rebellious members.

Our failure to segregate morons who are increasing and multiplying … demonstrates our foolhardy and extravagant sentimentalism … [Philanthropists] encourage the healthier and more normal sections of the world to shoulder the burden of unthinking and indiscriminate fecundity of others; which brings with it, as I think the reader must agree, a dead weight of human waste. Instead of decreasing and aiming to eliminate the stocks that are most detrimental to the future of the race and the world, it tends to render them to a menacing degree dominant … We are paying for, and even submitting to, the dictates of an ever-increasing, unceasingly spawning class of human beings who never should have been born at all.

Eugenics is … the most adequate and thorough avenue to the solution of racial, political and social problems.

Yes, Margaret Sanger would be very pleased with the Planned Parenthood legacy she bequeathed to America.

Please watch this trailer for an important new film Blood Money that Planned Parenthood predatory profiteers make from the sacrifice of the most innocent and helpless.

And to combat the anaesthetizing effects of living in the midst of legalized slaughter, watch this brief video. We owe it to those whose deaths our complacency has facilitated and therefore whose blood is on our hands.

Will all great Neptune’s ocean wash this blood
Clean from my hand? No; this my hand will rather
The multitudinous seas incarnadine,
Making the green one red.