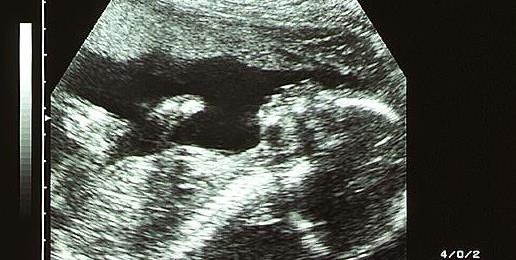 Dr. Maureen Condic, Ph.D., an Associate Professor of Neurobiology and Anatomy at the University of Utah and obtained her Ph.D. from University of California, Berkeley, recently testified before an U.S. Senate sub-committee on the science of fetal pain. Her testimony – seen in the video below – is incredibly articulate and conclusive to the fact that unborn children can feel and experience pain in the same way an adult does by 20 weeks gestation.

What this means is that the practice of abortion after 20 weeks subjects an unborn child to excruciating torture before the child is killed. What’s worse is that we have laws against any sort of cruel treatment of animals, we have entire species protected by federal laws, even eggs of some species are protected under penalty of fine and imprisonment; and yet the law in our land sanctions the torture and murder of unborn children.

There was widespread media outrage when it was discovered that Michael Vick was abusing dogs. The national media couldn’t get enough of the story and had plastered all over everything. Yet when Kermit Gosnell was accused of murdering babies by snipping their spinal cords the media was silent – not one word. What sort of twisted worldview allows for that kind of disparity?

Dr. Condic made this statement in her testimony:

“Imposing pain on any pain-capable living creature is cruelty. And ignoring the pain experienced by another human individual for any reason is barbaric. We don’t need to know if a human fetus is self- reflective or even self- aware to afford it the same consideration we currently afford other pain – capable species. We simply have to decide whether we will choose to ignore the pain of the fetus or not.”

As Dr. Condic says, this is not a debate over whether an unborn child feels pain in the same way an adult human does, that has been established by science and is now a almost universally accepted fact. This is now a discussion of whether or not we will continue to ignore this scientific fact and allow the barbaric and cruel torture of abortion beyond 20 weeks to continue. We simply cannot be a nation that claims to be about “life, liberty and the pursuit of happiness” while we allow such inhumane treatment of our most vulnerable citizens to continue. I think our unborn deserve better treatment and greater protections than animals.

Watch Dr. Condic’s testimony in the video below. If the video doesn’t appear automatically, please refresh your browser.