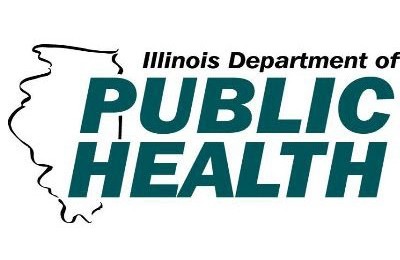 With the shutting of a Rockford, Illinois, abortuary that hadn’t been inspected in more than a decade, the Illinois Department of Public Health is “quietly” looking into other clinics. So far, one closed shop before it was even inspected.

Dimensions Medical Center, an abortion facility in Des Plaines, was one of seven under the same owner, Vinod Goyal. It abruptly closed for business before the state inspectors even showed up to the facility, which had not been inspected since 2001. Pro-life Action League sought and received information on it through a Freedom of Information Act request following reports of Kermit Gosnell’s “House of Horrors” in Philadelphia in early 2011. Spokesman John Jansen tells OneNewsNow one of the recorded problems at the clinic.

“We know that there was a non-functioning emergency generator, which is absolutely appalling,” he reports. “We have no idea how long this was non-functioning. I mean, it could have been months, could’ve been years for all we know.” That could pose obvious danger for anyone in surgery under anesthesia, he explains.

“We also know from the documentation that he submitted to the state that there were significant problems with the sewer system; this place was prone to flooding from the septic system,” Jansen notes. “The place was a dump. I mean, it’s pretty clear that this place was not a safe facility. It was not a sanitary facility.”

Even so, abortions were being done there on a regular basis. Shutting down prior to inspections helped the owner avoid paying fines. But the pro-lifer is pleased that the state is increasing its inspections because it means unsafe abortion clinics are closing down. However, Jansen points out that because of state law, none of the Planned Parenthood abortion clinics in Illinois are required to undergo inspections at all.

Meanwhile, state health officials in Alabama have shut down a Birmingham abortion clinic that local pro-lifers filed a complaint against earlier this year. (Listen to audio report) On January 21, two women were rushed by ambulance from the New Woman All Women clinic to hospitals after abortions. So, Charismatic Episcopal Church for Life called for an inspection, which was done.

“[In] the 76-page report that was pretty much based on the investigation that the health department did concerning these two injuries … they ended up finding numerous deficiencies with this clinic,” spokesman Terry Gensemer reports.

For example, repeat violations were found during previous inspections, and one infraction involved the administration of medications resulting in the hospitalization of at least three women. Also, inexperienced employees with no documentation of training were working at the clinic, and some of the equipment’s inspections were out of date.

“There were signed documents saying that the registered nurse supervisor, who is supposed to be supervising the other nurses, signed the sheet saying that she was there at the clinic, which was a falsified document,” the pro-lifer details. “The health department takes those things very seriously.” Also, doctor notations on reports were illegible.

Following the January 21st incident, the clinic let pro-lifers know that Ivan Diamond, a prominent OB/GYN from Atlanta who had been “sneaking” over to Birmingham to perform abortions, would no longer be terminating pregnancies in Alabama (see earlier story).

The state has ordered the clinic to surrender its license by May 18th.