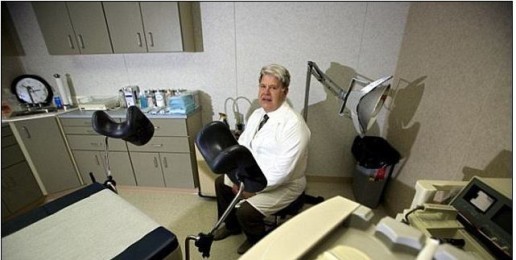 State and local officials in Maryland are investigating the death of a 29-year old New York woman whose life ended following a late-term abortion.

Morbelli, a substitute teacher in White Plains, New York, apparently died as a result of massive internal bleeding after being rushed to Shady Grove Adventist Hospital.

“It is time for medical boards to put an end to these horifically dangerous and barbaric third trimester abortions,” says Troy Newman, President of Operation Rescue.  “If they do not, we can only expect Carhart and his associates to send more women to the morgue.”

Morbelli isn’t the first mother to die at the hands of Leroy Carhart.  Christin Gilbert, a 19 year-old woman with Down Syndrome, died in 2005 after undergoing a late-term abortion performed by Carhart in Wichita, Kansas.

The serious health hazards posed by legal abortion are illustrated by another recent incident in Colorado Springs, Colorado.  In that case, a 40 year-old woman has sued Planned Parenthood of the Rocky Mountains.

Ayanna Byer says says she was forced to undergo an abortion without anesthesia even though she said she did not want to proceed with the procedure.  She also contends in the lawsuit that the clinic botched the abortion, leaving body parts of the baby inside her uterus.

Byer ended up in the emergency room of a local hospital bleeding heavily and in septic condition, where she had to undergo immediate high-risk surgery to remove the remaining tissue of her unborn child.

The dangers of “safe and legal” abortion have been evident lately at the Reproductive Health Services clinic operated by Planned Parenthood in St. Louis.

Defenders of the Unborn, a group that provides constant witness at the clinic, reports that emergency medical personnel have transported women from the clinic in ambulances on four different occasions since Thanksgiving.

“These abortion injuries are just a snapshot through a keyhole,” says Newman.  “More must be done to protect women from the incompetent services of shoddy abortionists who man these clinics nationwide.”