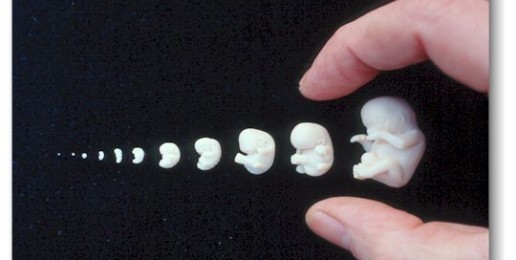 On Thursday (September 9th), the U.S. Court of Appeals in the District of Columbia lifted a ban on federal taxpayer funding of human embryonic stem cell research pending further review.

Proponents of the research involving the destruction of human embryos have been up in arms that new funding approved by President Barack Obama’s administration had previously been blocked by a federal judge. As a result of an injunction on the funding issued by U.S. Chief District Judge Royce C. Lamberth of the District of Columbia, the National Institutes of Health had announced it was suspending consideration of new grants for the research.

According to Tony Perkins of The Family Research Council, “The Judge’s initial opinion noted that ‘ESC research necessarily depends upon the destruction of a human embryo,’ and the plain language of the Dickey-Wicker amendment, passed by Congress every year since 1996, says that no federal funds shall be used for ‘research in which a human embryo or embryos are destroyed.'”

The Judge added, correctly, that, “In this Court’s view, a stay [of the injunction] would flout the will of Congress, as this Court understands what Congress has enacted in the Dickey-Wicker Amendment. Congress remains perfectly free to amend or revise the statute. This Court is not free to do so.” The judge added, “defendants are incorrect about much of their ‘parade of horribles’ that will supposedly result from this Court’s preliminary injunction.”

This new legal battle has ripped open the debate over taxpayer funding of research that is unethical, illegal and complete fruitless. Rhetoric from researchers that benefit financially from the grants and politicians and organizations bent on making sure human embryos are not recognized as having any intrinsic value continues unchanged. They again are claiming that the use of human embryonic stem cells is the only hope for those who suffer from disease and paint those opposed to embryonic stem cell research as “anti-science.”

The truth is, as usual, much different. Those that oppose continued funding of failed research instead point to the multitude of successful treatments and cures from adult stem cell research. Dozens of effective and lifesaving treatments are not simply a pipe dream but a reality with adult stem cells which can be manipulated to act in much the same way as human embryonic stem cells. If we want to be pro-science and pro-hope for sufferers of disease, shouldn’t we be funding and supporting the science that is actually working and actually producing cures?

If taxpayers are going to be forced to pay for research, it should be research that is not only ethical but also successful. While much of the rest of the world has rejected human embryonic stem cell research as a hopeless waste of money, in the United States our politicians continue to try to raid the empty public trough to prop up failing research. It’s another bailout that simply must stop.