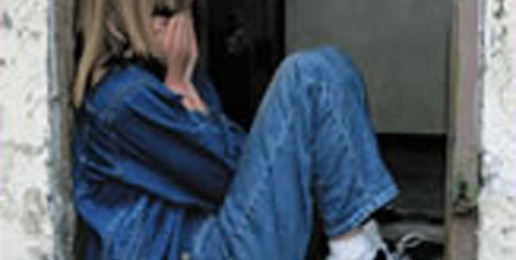 Midwest’s largest late-term abortion mill, where parental consent is not necessary, maimed yet another pregnant mother and murdered her six month old baby.

“The doctors were getting lazy when I was there. They are inducing a lot more women to speed up the process. I’ve seen some stuff and frankly am tired of the clinic… I hate all the bad things they are doing, putting lives in danger!” ~ former Hope Clinic employee

On Friday we found out that Jahila, from Arkansas, was 24 weeks pregnant. She already had another baby back home and didn’t think she could handle another one. She went inside. At 10:30 a.m. some clients began leaving the abortion mill with their brown bags. Sometime after we left around 11:30 the young mother from Arkansas was rushed across the street.

We arrived at the crime scene Saturday morning only minutes after one of the new butcherettes came back from Gateway Regional Hospital, conveniently located across the street from this slaughterhouse, which continues to aid in the cover-up of “back-alley abortions” happening inside Hope Clinic across the street. We were informed by witnesses the Hope chop-shop employee was inside the hospital approximately thirty minutes. We signaled point guards “red alert”; aka botched abortion, another mutilation. Sure enough, it was the young girl from Arkansas.

The upset boyfriend came out to his car carrying bloodied clothes in a clear, plastic bag and placed them in the backseat of his car which was parked on the emergency room lot. He then went inside the hospital.

A while later, Jessica Mitcherson, the unlicensed personnel who does ultrasounds inside Hope(less), and a new butcherette came out of the abortion mill with a wheelchair. They were headed into the hospital to retrieve the botched abortion, the girl from Arkansas who suffered complications on Friday, when the mill first started her 2 day late-term procedure at the hands of either Alan Palmer, who tends to have more gross negligence and malpractice lawsuits, or chief abortionist Yogendra Shah.

Another employee has stated, “It is an assembly line inside there.” The last nurse they hired refused to run the O.R. rooms due to liability issues with these careless abortionists. Currently the “deadly Dixon duo” sisters are running them, with Clara being the certified nurse’s aide. In December, Hope Clinic contracted a former nurse to work on a per diem basis, which pays more money than a hired employee to sign out records, etc. She has not returned since.

” J’s” late-term abortion was rushed into a 1 day procedure. She thought she was 20 weeks but turned out to be farther along. Abortion is not safe at any stage, but the farther along, the more complicated and dangerous it becomes to remove the large baby. A baby over 14 weeks must be dismembered mechanically.

Now mind you, there is 8.8 inches of snow and ice covering the ground and the hired killers are trudging along in a wheel-chair carrying a bag of IV fluids with the butchered woman covered in sheets in the 13 degree weather. You would think if they cared enough, the Hope Clinic would at least hoist this bleeding girl into the back of a Hope(less) employee’s mini-van as they did back in 2001 as the first photographed picture of a botched abortion inside Hope Clinic surfaced on the internet to prove how unsafe legal abortions are, or shove her into a meat-wagon and take her across the street.

Many times we have witnessed bloodied women being hauled across the street, after being butchered inside this abortion mill, to the local first aid station at Gateway Regional Hospital, where after being patched up and put back on the highway, they are no longer the abortionist’s problem. No, they are society’s problem.

Security guards from the hospital and abortion mill escorted the butchered girl back inside this slaughterhouse. “Back alley abortions have not ended, they only cost more and the butcher comes through the front doors.” The guards were asked, “Don’t you care? They are hurting women here.” One commented, “There is the HIPAA law. We can’t do anything to report it.” And the slaughter of women and their babies continues.

Why aren’t emergency room staffers and surgeons reporting these numerous incidents to the health department or Division of Professional Regulation? Crimes against women are going unreported. It’s the “don’t ask, don’t tell policy” in women’s healthcare. How many more women need to be hurt, maimed, sterilized, lying in comas, or worse, killed?

Where is the outcry from feminist organizations? I thought they care about women. And that is how Hope Clinic gets by with it. They don’t care, and they know the public doesn’t care. Who is the watchdog for women’s chop-shops? No one. Not even the Health Department in Illinois is checking them out. A funeral parlor or veterinarian clinic is better regulated.

I think it tells you something when former guards and employees are seeking our ministry out to help expose the mistreatment, unlicensed personnel, and unsafe conditions inside this slaughterhouse. If abortion is legal, it should be safe.

Later that day, we were able to privately speak with the couple after she was discharged. She is very upset with the treatment she received. We told her about the many active lawsuits against Hope Clinic and the awards granted against them. She asked for the legal resources and we complied. We were able to pray with them before they headed back home for the long drive. They promised to stay in touch and keep us updated.

This is just one of the many walking wounded in society that we are dealing with, those who have survived their abortions. Back in 1973, what was once thought to be the cure-all for society’s ills and to empower women has turned out to be a devastating cancer in society. Abortion is the most un-natural act on a woman’s life and her body and we know what it does to the innocent body within. It has a ripple effect on all of those involved. And society is now reaping what we have sown over 36 years ago when this horrible holocaust was unleashed. Abortion leaves two victims: one dead and one wounded.

Psalm 130:7 “Put your hope in the Lord, for with the Lord is unfailing love and with Him is full redemption.”

Abortion proponents told us years ago that legalizing abortion would benefit the health and welfare of American women. It would be an acceptable part of mainstream medical care. They also told us legalized abortion would eliminate the thousands of deaths that abortion advocates claimed were happening in the back alleys. The mythology of back alley abortions has not ended with legalized abortion; it continues behind the sterile facades of fresh paint.

I realize we must sound like a broken record with every reported “botched abortion”, but if this were a puppy mill where little puppies and kittens were being mistreated or mutilated, it would make the evening news and be on the front page of the newspaper. But this should tell you how we care about human life, in the womb or out of the womb.

Do you care? It appears the only ones who care now are the gentle Christian activists who have been showing up on the frontlines every day for over fifteen years outside this slaughterhouse in Granite City, offering real hope and another choice that a mother and a child can live with.