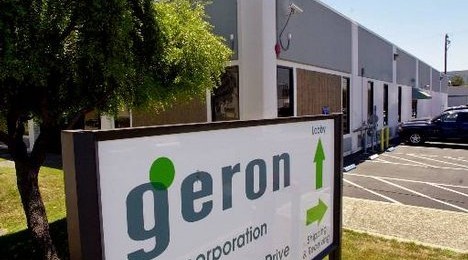 The Menlo Park, California-based company blamed the pull out on the high costs and bureaucracy of stem cell research and ‘uncertain economic conditions’. Some never believed the treatment really was actually going to produce the marvels promised.

“We are encouraged that neither voters nor investors think research that destroys human embryos is worth funding,” said David E. Smith Executive Director of the Illinois Family Institute, “and hope that companies will turn their energies to the much more productive field of adult stem cell research and therapy.”

New Jersey voters overwhelmingly turned down a ballot initiative to fund human embryonic stem-cell research on the taxpayer’s dime. In 2007 voters in the Granite State rejected borrowing $450 million to pay for stem cell research grants in the state for 10 years. The last time New Jersey voters defeated a statewide ballot question was 1990.

“Deciding to move out of the stem cell business was a very difficult decision to make,” said chief executive Dr. John A. Scarlett.

Illinois Family Institute (IFI) says it has long opposed the research on and the cloning of human embryos for the purposes of research since a life is destroyed in the process. In addition, IFI has trumpeted the many advances made through adult stem cell research and called on researchers and scientists to continue their work in finding an alternative to using human embryos.

“The news from Geron Corp. demonstrates that human embryonic stem cell research has failed to produce the medical miracles promised by proponents,” said IFI executive director David E. Smith. “If taxpayers are going to be forced to pay for research, it should be research that is not only ethical but also successful. While much of the rest of the world has rejected human embryonic stem cell research as a hopeless waste of money, in the United States our politicians continue to try to raid the empty public trough to prop up failing research. It’s another bailout that simply must stop.”

Geron officials note the company is working to find partners to take over its stem cell research and focus more of its energies into cancer research.