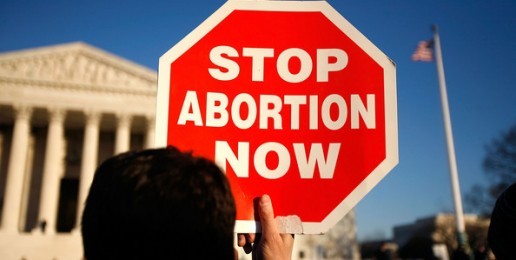 The Gallup released the results of a new survey confirming, for the third time in the last year, that more Americans call themselves pro-life than “pro-choice” on abortion. That’s enough for the respected polling firm to say a pro-life majority is the “new normal” in the United States.

According to a May 3-6 Gallup poll, 47 percent of Americans say they are pro-life on abortion versus 45 percent who say they are “pro-choice,” supporting legal abortions.

This is nearly identical to the 47% to 46% division Gallup found last July, which was down from the 51-42 percent split favoring the pro-life position last May.

Because this is the third consecutive time Gallup has found more Americans taking the pro-life position, the polling firm calls the results “a real change in public opinion.”

Massachusetts Citizens for Life president Anne Fox credits that shift to the pro-life movement’s focus on legislation such as a partial-birth abortion ban that highlights how abortion kills unborn children.

“The battles we have had to fight at the legislative level, Partial Birth Abortion Ban and Obamacare among them, and at the political level (which provides our only chance to get abortion into the media) are the cause of these positive moves in public opinion,” she said.

“You and I are working to educate people about the value of every human life and we are succeeding,” she added.

The new Gallup poll presents other good news for the pro-life movement.

“All age groups have become more attached to the pro-life label since 2005, with particularly large increases among young adults and those aged 50 to 64 years,” the poll noted.

Meanwhile, men and women have also become more likely to identify as pro-life, with the increase among women coming mainly since 2008, whereas the increase in men started after 2006.

He suggests the pro-life number is moving up because people are internalizing that through people they know who have experienced the pain of an abortion and are taking that message to heart.

“We are looking at a cultural shift on abortion, where its perceived morality (consistently rejected by majorities over the same period of time) has finally come into closer relationship with personal identification on the issue,” he said. “It’s not the political divide that’s driving these numbers – but it may be that the cultural shift has started to impact political identification as well. If so, pro-choice Democrats could find themselves in a minority party in the next several years.”

Gallup’s own conclusion is that politics are playing a role as Republicans an independents become more pro-life and Democrats more pro-abortion.

Democrats’ self-identification with the pro-life position has moved in the other direction, declining from 37% in 2003/2004 to 31% in 2009/2010. Among independents who lean Democratic, there has been no movement in either direction.

“Barring evidence that Americans are growing more wary about the morality of abortion per se, the trends by party identification suggest that increased political polarization may be a factor in Republicans’ preference for the “pro-life” label, particularly since Barack Obama took office,” Gallup notes.