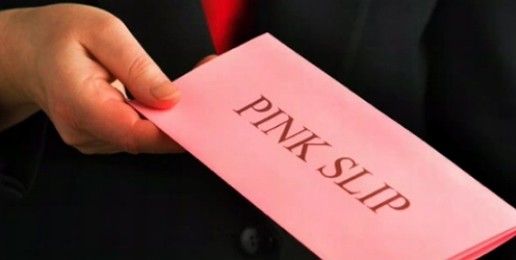 In this cultural moment in which half of Americans work in large corporations and the Internet disseminates information in the blink of a blinkered eye, and in light of the absolutist demands of homosexual activists for either ideological conformity or silence, what are the employment and First Amendment implications for theologically orthodox Christians?

The First Amendment guarantees the right of Americans to speak freely. This right was guaranteed in order to protect political speech without which Americans effectively lose their right to govern themselves.

Americans on both sides of the political aisle correctly assert that the right to speak freely does not guarantee the right to be free of consequences—which sounds reasonable enough.

It sounds reasonable until one notices how it’s working out in the sullied hands of homosexual activists and their ideological accomplices. The possibility that public speech on a controversial topic may result in unpleasant consequences is transmogrifying into the possibility that those who  express conservative views of homosexuality, “gender,” and marriage will have difficulty finding a job in America. “Progressives” are demanding submission to their subjective moral and political assumptions about homoeroticism and gender confusion or risk the loss of employment.

Mozilla founder and CEO Brendan Eich lost his job following the revelation that he donated a pittance to the effort to protect true marriage in California. The amount of money is irrelevant. Even if he had donated $10 million to the campaign to stop the perversion of real marriage into faux-marriage, he should have been able to keep his job.

I can’t remember conservative groups pursuing a strategy that seeks to “influence” political opinion on controversial topics by targeting citizens’ employment. Did conservative groups ever demand the firing of someone who in his free time or with his own money expressed support for the redefinition of marriage?

Did defenders of life argue that CEO’s of large corporations who donate to “pro-choice”/anti-life causes be fired? And let’s remember that donating to such causes means advocating the right of one human to murder another human being.

Homosexuality-affirming activists believe that opposing the legal recognition of same-sex unions as marriages warrants firing because they presume such opposition is motivated by hatred. Protectors of life believe that preborn babies have an inherent right to live that is not lost simply because they are not fully developed, or because they suffer from physical abnormalities, or because they’re not wanted by their mothers. Conservatives believe that those who support legalized abortion are supporting murder, and yet they don’t demand that supporters of abortion be fired from their jobs. Perhaps in the twisted world of homo-activism, presumed hatred is worse than actual murder.

About half of Americans are employed by large corporations. According to an article in the Washington Post, “Over the past two decades….companies with more than 500 workers employed about 45 percent of the workforce yet contributed 65 percent of the jobs created since 1990.”

The New York Times writes this:

[I]f you define “small” as fewer than 500 people (as the federal government does, basically), you still find that half the work force is employed by large businesses. It’s even more stunning when it comes to payrolls: 57 percent of total compensation is paid out by companies of 500 or more employees, with most of that coming from the largest, those with at least 10,000 employees. And new research by the Treasury Department finds that small businesses—defined as those with income between $10,000 and $10 million, or about 99 percent of all businesses—account for just 17 percent of business income, and only 23 percent of them pay any wages at all.

Now that large corporations like Target, Apple, Nike, Facebook, eBay, Alcoa, Intel, and Morgan Stanley are taking formal, public positions in support of redefining marriage and are treating homoerotic desire (and gender confusion) as equivalent to behaviorally neutral conditions like race in their anti-discrimination policy, how long will it be before employment practices will take into account public statements in support of true marriage (or restroom usage policies that recognize biological differences)? These companies are not merely creating ad campaigns geared toward the purchasing practices of homosexuals; they’re filing amicus briefs in courts to influence judicial decisions.

In the near future if an employee of Target or Apple (or a public high school) were to sign a petition or donate to a political campaign or organization that supports the view that marriage is a sexually complementary union, will her job be jeopardized? If she writes a letter to her local press expressing her view that marriage is inherently sexually complementary (or that public restrooms should correspond to objective biological sex), will she risk her employment? If someone forwards her letter to the busy beavers at Change.org who then start a petition urging Target to purge their organization of such a wicked letter-writer who surely must be motivated by animus that will make all lesbian, gay, bisexual, transgender, and gender-fluid patrons of Target  feel “unsafe,” will she be fired? (If “LGBT” people must be spared from ever feeling unsafe—by which they really mean uncomfortable—how do speech protections even work? And shouldn’t orthodox Christians whose biblical beliefs are central to their identity be similarly protected from hearing ideas that make them feel uncomfortable unsafe?)

First, those who opposed interracial marriage did not argue that such unions were not marriages. They argued that such marriages were not proper. And their opposition to interracial marriage was motivated by false ideas about racial superiority and by actual hatred. While it is appropriate to make moral distinctions among volitional behaviors (e.g., homoerotic activity vs. heterosexual activity), it is inappropriate to posit some people as ontologically superior to others or to hate people.

Supporters of true marriage are making a wholly different argument—one which has nothing to do with hatred. They’re making the argument that marriage has a nature central to which is sexual difference. They’re arguing that a union of two people of the same sex is in reality not a marriage—even if the law permits it. They’re arguing that the law can no more make a non-marital same-sex union into a marriage than it can make a wholly human African American into 3/5 a person.

Since the central (and most enduring, cross-cultural) constituent feature of marriage is sexual complementarity, prohibitions of interracial marriage were wrong because they prevented actual marriages from being legally recognized. Anti-miscegenation laws arbitrarily prevented the societal good of uniting men and women in true marriages.

Laws that prevent the unions of two people of the same-sex from being recognized as marriages affirm the true belief that marriage has a nature that humans don’t create but, rather, recognize and regulate. Laws that prevent two people of the same-sex from “marrying” recognize that sexual differentiation is even more integral to marriage than is blood kinship or numbers of partners. Homoerotic unions exist; they’re simply not marital unions.

The second problem with the comparison of opposition to same-sex faux-marriage to opposition to interracial marriage is that its analogical foundation is flawed. Homosexuality per se bears no points of correspondence with race (or skin color) per se.

Race per se has no subjective constitutive features (e.g., feelings), no behavioral implications, and no relevance to the public purpose of marriage that justifies government involvement. In contrast, homosexuality per se is constituted by subjective feelings and behaviors which are legitimate objects of moral assessment and which are relevant to the only purpose that justifies government involvement in marriage: children.

Post-modernism, the sexual revolution, and a television-dominated culture created the wormy subsoil into which two other cultural phenomena have taken root and grown into a felicitous political environment for homo-activism. With large corporations dominating employment in America and the Internet disseminating information, disinformation, and demagoguery with lightning speed, homosexual activists are able to advance their doctrinaire and dogmatic ideology while undermining both religious liberty and speech rights. This is a stealth insurgent assault on the First Amendment, and it’s being opposed by a feeble, emasculated counter-insurgency effort.

IFI is completely dependent on the voluntary contributions of people just like you.

Please consider donating $10 or $20 to support our work in the public square.