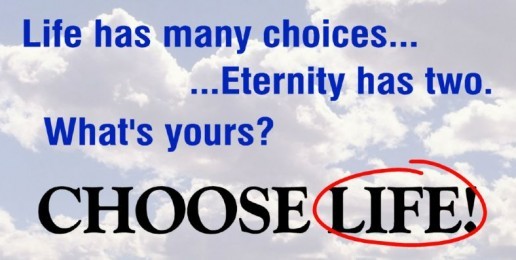 Planned Parenthood of the Rocky Mountains and Protect Families Protect Choices filed an appeal on Monday, challenging a ruling from the Colorado Secretary of State Title Board in favor of Personhood Colorado (case: 12SA10). The 2-1 decision from the board allows a proposed state constitutional amendment, applying the right to life equally to human beings of every age, to proceed to petition.

Colorado voters overwhelming defeated two similar personhood amendments in the 2008 and 2010 elections, rejecting the measures by 3-to-1 margins both times.

“This appeal is a frivolous attempt to put the brakes on our right to petition on behalf of the preborn,” said Personhood Colorado Director Gualberto Garcia Jones, J.D. “The Court has previously ruled that guaranteeing the rights of a class of human being is a single issue, and we expect a similar ruling this year.”

The Colorado Secretary of State’s Title Board voted in December 2011 allowing Personhood Colorado’s proposed personhood amendment to proceed. In a 3-0 decision, the board dismissed a challenge filed by Planned Parenthood and the ACLU. This is the third such challenge filed by the pro-abortion coalition in an attempt to block a Colorado personhood measure based on the requirement that ballot initiatives be limited in scope to a single subject. The decision is the third straight victory for the Colorado right to life advocates.

In 2008, Planned Parenthood filed suit in an attempt to stop a personhood measure from reaching the ballot (case: 07SA245). The Court dismissed its assertion that the amendment violated the single subject rule which limits citizen-led initiatives to a single issue.

“The charges of single subject violation and vagueness are absurd,” continued Garcia Jones. “Colorado personhood amendments have previously defined constitutional rights as applying to every human being from the moment our lives begin. This proposal does the same thing, and also clears up any ambiguity of what that would entail as applied.”

Personhood Colorado submitted new language for 2012 reading. The new proposal lists the effects of its enactment including that only methods of birth control and assisted reproduction that kill a person will be affected.

“In order to affirm basic human dignity, be it resolved that the right to life in this constitution applies equally to all innocent persons.” The amendment defines “person” as applying “to every human being regardless of the method of creation” and “human being” as “a member of the species homo sapiens at any stage of development.”