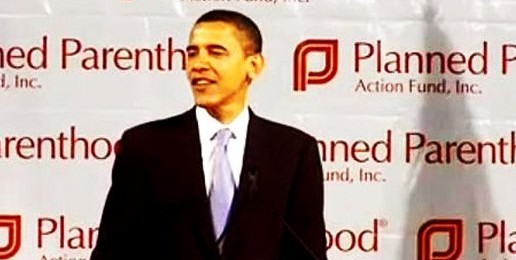 Apparently, Planned Parenthood is no longer content exploiting just women and children–so they’ve moved on to the federal government. Over the past several years, it seems the country’s biggest abortion provider has also been running one of the country’s biggest scams: a Medicaid racket that’s ripped off millions of taxpayer dollars. Today, it appears that at least six states have been targeted by Cecile Richards‘ scheme, which reportedly conned the government with hundreds of thousands of bogus reimbursement claims.

One of those states–Texas–will be hearing its first arguments on the issue this week in U.S. District Court, thanks to former Planned Parenthood director-turned-whistleblower Abby Johnson. With the help of Alliance Defending Freedom (ADF), she plans to expose at least 87,000 instances of fraud during her time as a clinic manager in Southeast Texas. Based on her testimony and supporting documents, Planned Parenthood routinely submitted ineligible claims on everything from pap smears to STD and pregnancy tests. In fact, Johnson says her bosses at Planned Parenthood Gulf Coast were under so much financial pressure that they would repeatedly tell staff, “We must turn every call and visit into a revenue-generating client.” A ring of at least 10 clinics were falsifying patient charts, which they would “fix” and “cover up” before the auditors and inspectors came.

“People may hold different views about abortion,” Johnson says, “but everyone can agree that Planned Parenthood should play by the same rules as everyone else. It certainly isn’t entitled to any public funds, especially if it is defrauding Medicaid and the American taxpayer.” In states like Iowa, the plot was so sophisticated that clinics were getting $26.32 reimbursement checks for a $2.98 package of birth control. State and local governments have poured more than a billion dollars into Richards’s group–and this is how she repays them? Twenty-eight million in stolen funds in Iowa, $6 million in Texas, $180 million in California, and similar allegations in New York, New Jersey, and Illinois.

And while we can’t say exactly where the dollars went, evidence suggests President Barack Obama’s campaign was one of the biggest beneficiaries of Planned Parenthood’s largesse. Thanks to this extra revenue from overbilling, Richards’s group had the flexibility to spend a whopping $15 million to put Barack Obama back in the White House, where he can keep the money flowing to his favorite chain. When an organization like Planned Parenthood is suspected of not just fraud, but criminal cover-ups, falsifying medical information, violating safety standards, encouraging prostitution and sex trafficking, medical malpractice, sex-selection abortion, accepting racially-motivated donations, and huge profits, this is no longer about abortion. It’s about accountability.

The Treasury Department announced on Tuesday that America is on track for its fifth straight trillion dollar deficit, yet our government continues to funnel hundreds of millions of dollars to this group, which also happens to be under congressional investigation! If both parties are serious about cutting spending (and nothing they’ve done recently suggests they are) then it’s time to put an end to this relentless cycle of exploitation. The war on women was a hoax. The war on taxpayers is not.

APB to Illinoisans (and other Deep-Blue-State Residents): Your Pro-Life Presence is More Important than Ever