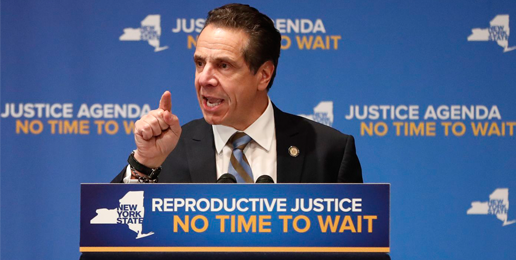 This article has been updated to correct errors and add additional information.

Full-Term, Preborn Babies Can Be Killed For Virtually Any Reason

Toward the end of last week, just as outraged pro-life voices were dying down, it came to light that a new bill was proposed in Vermont which many mistakenly believe would legalize unrestricted abortion throughout the entire nine months of pregnancy. They were mistaken in that unrestricted access to abortion through the entire nine months of pregnancy has been legal in Vermont since 2014. The bill proposed in Vermont merely enshrines in state law the existing legal right as a “fundamental right.” Pro-baby-killing advocates are preparing for the day Roe v. Wade is overturned.

Late-term abortions are banned in 20 states except if the mother’s “health” is deemed at risk by allowing the baby to grow to term. But here’s the catch: “health” includes any physical, emotional, psychological, or familial factors that affect “well-being.” With that ambiguous and wildly broad definition, virtually any woman can have her baby killed at any point in her pregnancy.

Two states allow healthy babies to be killed in the womb in the 9th month if they were conceived in rape or through incest (AR, UT). Killing full-term babies is no less barbaric because they were created via criminal acts of someone else’s doing.

Seven states allow full-term babies to be killed if the babies have “lethal” abnormalities, which is de facto infanticide.

Take a gander at the chart provided by the Kaiser Family Foundation which lists the 20 states that allow late-term abortions for “health” reasons and the 7 that allow it for any or no other reason.

Also, take note of Alaska, Colorado, New Hampshire, New Jersey, New Mexico, Oregon, Vermont and the District of Columbia. Those places are virtual killing fields. They don’t even require the pretense of a “health” reason for women to abort their full-term babies. In those 7 states, there are no bans on abortion at any stage. It’s open season on babies who, through no fault of their own, have the misfortune of being conceived in the wrong womb.

Doctors can induce delivery or perform a C-section to save a woman’s life in a life-threatening or emergency situation without dismembering, crushing, burning, or chemically inducing cardiac arrest in a baby. In some induced deliveries or C-sections, babies will not survive, but that is wholly different from intentionally killing them. Obstetrician-gynecologist and former abortionist Dr. Anthony Levatino explains:

Let me illustrate with a real-life case that I managed while at the Albany Medical Center. A patient arrived one night at 28 weeks gestation with severe pre-eclampsia or toxemia. Her blood pressure on admission was 220/160. A normal blood pressure is approximately 120/80. This patient’s pregnancy was a threat to her life and the life of her unborn child. She could very well be minutes or hours away from a major stroke.

This case was managed successfully by rapidly stabilizing the patient’s blood pressure and “terminating” her pregnancy by Cesarean section. She and her baby did well.

This is a typical case in the world of high-risk obstetrics. In most such cases, any attempt to perform an abortion “to save the mother’s life” would entail undue and dangerous delay in providing appropriate, truly life-saving care. During my time at Albany Medical Center I managed hundreds of such cases by “terminating” pregnancies to save mother’s lives. In all those cases, the number of unborn children that I had to deliberately kill was zero.

GET WOKE, AMERICANS! Full-term babies can be legally exterminated in the womb for virtually any reason or no reason in most states in the U.S. Take your righteous anger at this barbarism and do something useful.