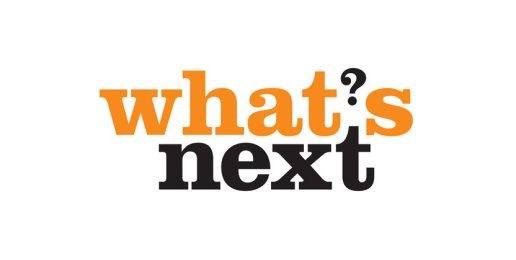 That’s the question the citizens of Illinois should be asking themselves. Now that our state lawmakers have decided to redefine marriage, legalize “medical” marijuana and teach “comprehensive” sex-education to young children in our government schools,  what’s next?

Let’s put aside for the moment the fact that our state lawmakers didn’t listen to us–we the people–in their feckless decisions. As for same-sex “marriage,” they decided to make the decision without us, our input or our approval, caving in to the political pressure of Speaker Michael Madigan (D-Chicago) and the multi-million dollar homosexual lobby. But as frustrating as this is, what is of more concern right now is what will happen next?

Well, the day after the Illinois House voted to redefine marriage, we may have been given a preview of things to come. As I was waiting to be interviewed by Tony Sarabi of Chicago’s Public Radio (WBEZ), I listened to him interview Tracy Baim, the publisher and executive editor of Windy City Times, a homosexual Chicago newspaper.  During

the interview
, she revealed that the true goal of the radical LGBTQ agenda is to silence and punish any moral opposition to their lifestyle–even pastors and priests:

...the problem with Religious Freedom [and Marriage Fairness] Act is that there are all these exemptions on religion, and believe me, I don’t believe that a church should be forced to perform a same gender wedding.  But if you continue down those exemptions after a legitimate church what happens is you have other people that say on religious grounds that they don’t want to serve people, they don’t want, literally, to serve them at their breakfast counter or serve them in their B&B, or provide wedding photography. And while that is really an emotional issue, and I can understand why the right-wing is very upset about B&B owners being sued, we have to look at this through historical lens–and that is so offensive that people could just decide who to serve and who not to serve based on characteristic of who they are, including their religion. [emphasis added.]

…this new law that just passed yesterday has a whole series of things in it that are questionable of what is a religious institution. So they bent over backwards to try to be accommodating , but in many ways it is a violation of–well it will be played out in court–of what really can be considered.  So can a club, like the Rotary or the Kiwanis or whatever say based on their religious beliefs they don’t want to do something.  Well they can say they don’t want to serve someone who is of a different race or who is Muslim, etc. So it will be interesting to see how this will play out…  [emphasis added.]

Five law professors who favor same-sex “marriage” identified Illinois’ law (SB 10) as the absolute worst in the nation in protecting religious liberty and freedom of conscience, and still Baim and other radical activists in her community will not rest until all exemptions are eliminated and all opposition is punished.

Baim demonstrates an utter lack of respect for religious liberty, which, unlike “sexual orientation,” is actually included in the U.S. Constitution. Religious beliefs and conscience objections to being involved with an activity–not a person–but an activity we believe is immoral is irrelevant to activists like Baim. All rights are subordinate to their purported right to engage in homosexual acts. Our First Amendment civil rights to freely exercise religion be damned.

That is exactly what is happening in Colorado where a Christian-owned bakery was ordered by a judge from the Colorado Civil Rights Commission to make cakes for same-sex ceremonies or face fines. The baker didn’t refuse to serve homosexuals. He refused to participate in a ceremony that celebrates a union that his faith teaches is an abomination to God. Baim is either dishonest or ignorant when she claims that people of faith will seek to refuse “literally to serve” homosexuals, or “to serve them at their lunch counter.” There is no evidence that Christians seek to refuse to provide lunch to homosexuals at their lunch counters or to sell them donuts on their way to work. Some Christians refuse to use their gifts to provide goods and services for activities (e.g., weddings, civil ceremonies, or sleepovers) that violate their religious convictions.

And remember how many of our “tolerant” liberal political officials treated the religious views of Chick-Fil-A’s CEO Dan Cathy when he dared to speak in favor of natural marriage? His company was threatened with being blacklisted and forbidden to do businesses in Chicago. Mayor Rahm Emanuel went so far as to say that “Chick-fil-A’s values are not Chicago’s values,” (a strange claim in light of the fact that he worked for Obama when Obama opposed same sex “marriage”).  Elected officials in Boston, Philadelphia, San Francisco and Washington DC said the same thing: Chick-Fil-A was not welcome because the owner holds a traditional view of marriage.

We have been warning our subscribers for years now:  The end goal of the radical LGBTQ agenda isn’t “marriage equality.” The end goal is to silence any and all moral opposition to homosexuality. And they plan to use the heavy hand of government to censor and punish conservative and Judeo-Christian views on sexuality and marriage. How long before they tell our churches, our ministries and our families that our values are not their values? It’s coming faster than you realize.

Further, if the government redefines marriage for homosexuals, it must continue to redefine marriage for other groups or risk being guilty of the same kind of discrimination of which natural marriage supporters stand accused. So, what will be the next legal battle facing marriage?

Already efforts are under way to legalize plural unions in order to protect the “rights” of polygamists and polyamorists. Late last week, a federal judge in Utah struck down part of a Utah law that outlawed plural marriage. This is the logical and inevitable next step after eliminating sexual complementarity from the legal definition of marriage. After all, it is far more radical to jettison sexual complementarity from the legal definition of marriage than it is to jettison the requirement regarding number of partners.

These “alternative lifestyles” further reduce marriage to any group of people that want to live together and have sexual relations. They also place the desires of adults above what is best for children while ignoring recent studies showing that kids are better raised in a home with a mother and a father.

Now more than ever we need you to stand with the Illinois Family Institute in defending the Judeo-Christian worldview. As we actively defend the traditional, conservative values upon which our country was built, we recognize that we can’t do it without your support.

The attacks our values face are many. They are well-funded, well-organized attacks aimed at destroying our shared values–values that are essential to the continued health of the nation. But we have something that our opposition doesn’t: the majority. Our numbers are far greater than theirs as recent studies continue to show a strong support for natural marriage, life and religious freedom.

Though our adversary is well-funded, politically connected and speaking loudly, we the people have greater numbers that can make an incredible impact if we stand together. Will you commit right now to stand with the Illinois Family Institute in defending our shared values from the attacks of a few people that want to fundamentally change our country?

Whether you can commit to sending a one-time gift, become a monthly donor or help underwrite the cost of specific needs we have right now, every person, and every effort makes a difference.

Now is not the time to sit back and wait for someone else to get involved. Now is the time to stand up and become a proactive force in defending the values we cherish. Imagine what could be accomplished if you, your family and your friends each decided to get involved. The momentum we could create would be an unstoppable force.

IFI will be leading the charge in 2014 educating voters throughout our state with our Voter Guide, standing up to those seeking to attack the family, continually standing for innocent human life and opposing those seeking to undercut our family values in our government schools.

Our mission at Illinois Family Institute is to stand for biblical, Judeo-Christian values, and in doing so, help bring Illinois back to a state in which religious liberty flourishes, families prosper and every human life is valued. Your support by the end of the year will ensure that we have the resources necessary to fulfill our mission in 2014.

I want to remind you that we have a $25,000 Year-End Matching Grant offered by a group of generous benefactors.  Any donation given or mailed by December 31st will go toward this matching challenge and will be fully tax-deductible, lowering your 2013 tax burden.

Any donation received by (or postmarked on) December 31st will be matched. If you contribute $50 IFI will receive $100, if you give $1,000 we will receive $2,000 and so forth.  No amount, whether a monthly or one-time gift, is too small or too large. We appreciate all of your donations more than we can possibly say.

Please partner with us and make a tax-deductible gift today.

May God bless you and your family this Christmas season.