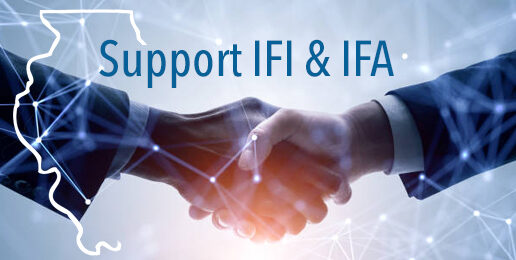 Children are growing up in an America where adults celebrate the dismemberment of children in their mothers’ wombs.

They are growing up where cross-dressing adult men twerk in children’s departments of public libraries, where adults tell children that some women have penises, where adults allow cross-dressing men into locker rooms with young girls and women, where teachers assign pornographic books to minors, and where surgeons profit from cutting off the breasts off 13-year-old girls.

And children are living in cities made unlivable by leftist policies, including opening wide the border, which has facilitated the evil work of criminals who kill our children with fentanyl.

There was once a time when “liberals” wanted abortion to be rare. No more. Now they want it to be commonplace and available up until birth for any or no reason and paid for by American taxpayers who rightly view abortion as barbaric.

Today leftists claim they are passionately committed to the rule of law, even as they stop the construction of a border wall and reverse every policy that would secure our southern border. In so doing, they reveal their callousness.

They don’t care about either the Americans who live on the border or the illegals who are raped and killed making their way into America, incentivized to do so by the president.

And leftists are leading the insane charge to force all of society to pretend males can be females and vice versa. Leftists want anyone who refuses to play along with the “trans” nonsense to be fired from their jobs. Leftists support the mutilation of children. And leftists want to rob parents of the right to protect the bodies and minds of their own children.

The staff at Illinois Family Institute (IFI) and Illinois Family Action (IFA), care deeply about the needs and rights of children and their parents. We care about our constitutional rights, respect for law, and the limits of government—all of which are threatened in ways only science fiction writers could have imagined a decade ago. As our constitutional rights erode, respect for law diminishes, and big government grows to colossal proportions, so too does human suffering grow.

Unless we fight this war against reason, decency, compassion, and truth, the next generation of children will suffer even more than today’s children are suffering.

We at IFI and IFA want you to know how much we appreciate your prayers, encouragement, and financial support in our joint effort to restore a proper understanding of what is true and good.

We also want you to know that we are deeply committed to using your donations carefully and wisely. We take stewardship of the hard-earned money of our supporters very seriously. We know that your unselfish support of our work is a sacrifice, and for that we are humbled and thankful.

We who live in and love Illinois grieve over what is happening to the unborn, children, families, and our liberties, and then we act, because we’re industrious Midwesterners who love God and, therefore, love his creation.

We at IFI and IFA work overtime to educate Illinoisans who work overtime at other kinds of critically important jobs. We, like you, desperately want to undo the damage done by “progressives” and prevent further damage. We, like you, want to make Illinois a place where people want to live rather than flee.

We want our children and grandchildren to grow up in the heartland where they can be healthy and safe in body, mind, and heart. We want the public square to be wholesome and decent—not a place that daily robs our little ones of their innocence.

We want every Illinoisan to be able to exercise their religion freely and speak freely.

In order to do our hard work overtime in this dark blue state, we need financial help.

As we write this letter, Illinois State Senator Mike Simmons (D-Chicago) has introduced the “Gender-Affirming Health Care Protection Act,” which, if passed, will make Illinois the second sanctuary state for minors who wrongly believe they were born in the wrong body. This law will rob parents in Illinois and other states of the right to say, “No, doctors will not provide my child with cross-sex hormones or mutilate her body.”

Every year, leftist lawmakers sponsor thousands of bills that harm already suffering Illinoisans and have led to thousands of Illinoisans fleeing our once great state. In order to prevent such bills from being passed, Illinoisans must know about them. That’s what we at IFI and IFA do.

We are vigilant in watching what bills are emerging from the Springfield swamp and warning you, explaining why the bad bills are bad and helping you contact your lawmakers.

We humbly ask for your help in continuing and, Lord willing, expanding our efforts to make Illinois a place where children, families, and churches can flourish.

As you consider supporting us financially, please know that we deem it an honor, blessing, and privilege to be able—through your generosity—to work tirelessly for you and all who live in Illinois.

Help us reach our Matching Challenge goal of raising $130,000 by the end of the month

Click here to support Illinois Family Action (IFA).
Contributions to IFA are not tax-deductible but give us the most flexibility in engaging critical political and partisan issues.

Your promotion of our emails on Facebook, Twitter, Instagram, Truth Social and your own email network, and prayer for financial support is a huge part of our success in being a strong voice for the pro-life, pro-marriage and pro-family message here in the Land of Lincoln.