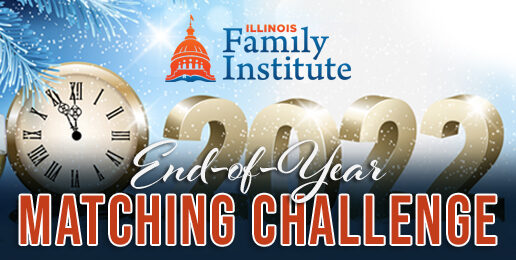 We are extremely pleased to announce the 2022 end-of-year matching challenge! In an effort to help us raise $260,000 by the end of this month, several generous benefactors have offered to match donations to IFI up to $130,000! So, between now and the end of the year, you can double the impact of your giving!

Yes, you read that right! Every donation given to IFI during the month of December
through the end of the year is DOUBLED upon receipt.

Religious liberty is the foundation of our nation. Faithful Christians fled the tyranny of monarchs in Europe in order to be true to their conscience. As you know, these “Separatists” fled to the Netherlands, but couldn’t tolerate the secular culture, so they established their own colony in the New World. The Puritans and many other immigrants also came to America because they were fleeing religious persecution or recognized the opportunities that freedom provided. As a result, religious liberty is deeply woven into the fabric of our nation.

While our First Amendment declares that we have the freedom to practice religion and the freedom of speech, these rights are increasingly being threatened. This past summer, for example, Coach Joseph Kennedy made national news when he won a seven-year legal battle that ended at the U.S. Supreme Court. All of this was the result of his commitment to say a short solitary prayer at the end of each football game that he coached. While this was a significant win for religious liberty, legal cases like this are becoming more and more common across our country.

The Woke mob is doing everything to shut down religious liberty, especially any public expression of Christianity. We see these cases coming up to the U.S. Supreme Court. The so-called “tolerant” crowd refuse to tolerate people of faith and are pushing them out of the workplace for simply daring to live out their convictions. We cannot remain silent in the face of this evil.

Thank God for our nation where religious liberty is enshrined in our founding documents. Pray to Him for renewed strength to continue to protect religious liberty for every American. IFI has worked hard for 30 years to uphold the sanctity of life, religious liberty, parental rights and education choice. And we could not have done this without you!

God commands us to be salt and light in a sin-laden culture. We are His Ambassadors and cannot abandon the public square to godless totalitarians. We dare not let them think there is no opposition to their nefarious goals. Together, we can stand up to cancel culture and win the day for religious freedom in America. So thank you for you generous and even sacrificial gift.

The radial Left is dedicated to diligently and intentionally making Apostles of Wokeism, while too many Christians neglect our call to make Disciples of Jesus Christ. The overt brainwashing in our schools and libraries has permeated our society through Critical Race Theory, comprehensive sex-education, the transgender agenda, climate change, Black Lives Matter, hate-America history lessons,  pro-socialism, and pro-Sharia courses, Common Core, etc. Our children continue to be indoctrinated with godless ideology while at the same time fail basic proficiency levels in core subjects.

The challenges we face are daunting, but we can take comfort in the fact that it’s not the first such challenge our great nation has had to overcome. We the people, have been down this road before. We have fought and defeated tyrants before. And with the help of Almighty God, we can do it again.

The current predicament is actually a phenomenal opportunity to shine the light of Jesus and spread the salt of Truth – capital “T.” Wokesters are overreaching. They have gone too far. They’ve lost their collective minds. And thankfully, it is finally becoming apparent to some of our friends and neighbors.

Think about it! The contrast between the Truth of God verses the debased and depraved thinking of those who cannot define what a women is — those who applaud Drag Queen Story Hour — and those who insist that men can be “birthing people.”

The contrast is stark!

We ought to take this all very seriously. We need to be prepared to act in response to the disintegration of society. Is there anyone better equipped to do it than the people who know, love, and serve the Creator of all things, the author of Truth, the only source of eternal hope?

Together, with your prayers and support, IFI will continue to do this work and boldly bring Biblical Truth to the public square and, in the process, expose wicked policies and plans.

Thank you for your support! We look forward to partnering with you in 2023 to stand courageously for the values we share.

May God bless you during this Advent and Christmas season.