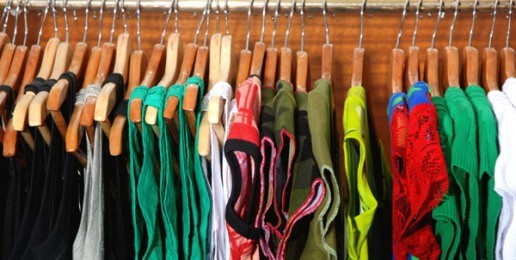 You know how conservatives are always warning against non-discrimination laws that include sexual orientation and gender identity language? We try to communicate that not only are such laws unnecessary, but also pose a threat to other freedoms. For example, they will prevent a Christian school from requiring its teachers adhere to a statement of faith. Such laws also lack common sense and will lead to abuse by disturbed individuals that pose both privacy and safety concerns for people.

Adding sexual orientation or gender identity to non-discrimination laws eventually leads to allowing transgender and cross-dressing persons into bathrooms, locker rooms, and other facilities for the gender they are biologically the opposite of. So, in the end, cross-dressing men get to go into women’s locker rooms, and transgender females are allowed into men’s bathrooms.

Our opponents try to laugh it off, as if that sort of thing has never happened and will never happen. Enter Rodney Kenneth Peterson. A recent article explains that Mr. Peterson decided to get“dressed up in women’s clothes — and a brunette wig — and unsuccessfully attempted to sneak into student-only areas of a women’s residence hall on the campus of Loma Linda University in Southern California…Eventually, dormitory staff members noticed a cross-dressing, middle-aged man in their midst and confronted him.”

It has been determined that Mr. Peterson sought to take pictures with his cell phone of the females in the residence hall and that he has tried this stunt in other places. Evidently Mr. Peterson hasn’t been listening to the politicians that assure us these things never happen as a result of adding sexual orientation and gender identity to non-discrimination laws.

Another ill-effect of this language being added is the story of Don Ennis. Don is a middle-aged ABC News editor that believes he is a woman trapped in a man’s body. So he decided to become transgender, leave his wife, and change his name to Dawn. Don, err…um…Dawn of course used the women’s restroom and other facilities since “she” was obviously identifying now as a woman. The problem is that Dawn decided she was really a he and changed his name back to Don and apologized to friends after realizing that he is “not transgender after all.”

The problem in each case is that laws are being passed to accommodate a minority group that is very confused. If a person can wake up one day and conclude that he is a she or that she is really a he trapped in a woman’ body, the opposite can be just as true. Just as Don came to the conclusion that he was “not transgender after all” so can others now saying they are trapped in the wrong body.

Just as Mr. Peterson decided to cross-dress in order to fulfill his perverted fantasy, so others can abuse non-discrimination laws with sexual orientation and gender identity language to similarly take advantage of unsuspecting girls and women.

Add to this the very dangerous trend of adults encouraging gender confusion in children. Rather than recognize the natural curiosity of children which can lead to a temporary period of gender experimentation, parents are quick to conclude their sons are girls and their girls are boys. From there, with the encouragement of their parents, these children become locked into a pattern of behavior that at one time was classified as a mental disorder, but is now seen as “normal.”

So what happened to Don Ennis? He says he was diagnosed as transgender and began living accordingly. Now he says he is absolutely certain he was misdiagnosed and is “totally, completely, unabashedly male.” Was Mr. Ennis confused about being confused? Was he trying to take advantage of a politically correct corporate world in order to fulfill a perverted fantasy?

Do we really want our daughters to become accustomed to grown men seeing them in the bathroom or the locker room? Where does that kind of “normal” lead? I submit that it leads to a society where our daughters become so accustomed to grown men seeing them in various states of dress and undress that they think nothing of sending pictures of themselves in their underwear, or even nude, to the boys in their school. Pornography becomes a routine part of life. Engaging in sexual activity with numerous partners of various sexual orientations at a young age becomes the standard.

Is that really the society we want to leave for our daughters and grand-daughters?