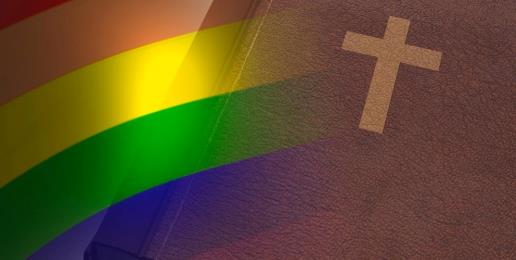 “Not everyone who says to me, ‘Lord, Lord,’ will enter
the kingdom of heaven, but the one who does the will
of my Father who is in heaven.”  ~Matt. 7:31

Two influential bloggers who “identify” as Christians have rejected biblical orthodoxy in order to affirm homoeroticism as holy. Jen Hatmaker and Glennon Doyle Melton have chosen to reject two thousand years of church history to embrace heretical views of homoerotic activity and marriage.

Jen Hatmaker and her husband Brandon assure their followers that they studied the Bible closely using established hermeneutical principles; “engaged in hours of conversations with theologians, bishops, pastors, authors, and church leaders”; engaged in “a ton of prayer”; kept “a journal full of notes”; and even “researched the claims behind the Kinsey Scale” before they concluded that the Bible actually affirms the views that the Hatmakers were embracing before they embarked on their deep Scriptural studies.

The Hatmakers concluded that those theological views that emerged in the latter half of the latter half of the 20th Century—views impelled not first by close study of Scripture but by the cultural movement to normalize homoeroticism—are correct. Like liberal theologians, the Hatmakers have concluded that only abusive homoerotic relationships are condemned by Scripture:

Every verse in the Bible that is used to condemn a “homosexual” act is written in the context of rape, prostitution, idolatry, pederasty, military dominance, an affair, or adultery. It was always a destructive act. It was always a sin committed against a person. And each type of sexual interaction listed was an abuse of God’s gift of sex and completely against His dream for marriage to be a lifelong commitment of two individuals increasingly and completely giving themselves to one another as Christ did for the church. But not one of these scriptures was written in the context of marriage or civil union (which simply did not exist at this time).

The Hatmakers evidently assume that the only reason Jesus defined marriage as the union of one man and one woman was that homoerotic “marriage” did not exist. They evidently believe that Jesus’ understanding of marriage as a sexually differentiated union was limited by his culture. In their view, Jesus’ understanding of marriage was a product of his limited knowledge.  The Hatmakers presume that if same-sex “marriage” had existed, surely Jesus would have defined marriage in the Bible as a union of any two people with their sexes being utterly irrelevant.

But if the sex of marriage partners is irrelevant, then what is the reason for limiting marriage to two people? Can’t three people love each other?

And since the Bible teaches that marriage is a picture of Christ—the bridegroom—and his church—the bride, are the Hatmakers saying there is no distinction in role or function between Christ and the church?

When asked if she would attend a friend’s “marriage” to a person of the same sex, Jen Hatmaker said, “I would attend that wedding with gladness, and I would drink champagne. I want the very best for my gay friends. I want love and happiness and faithfulness and commitment and community.”

The prohibitions in Lev. 18:22 and 20:13 are unqualified: any man who lies with another male in the manner men lie with women (i.e., engaging in sexual intercourse) has committed an abomination. There are no exceptions. One finds no specifications regarding age of either participant. Neither is there any mention of the exploitative character of the relationship. If homosexual relationships were wrong primarily because they were exploitative, why would Lev. 20:13 specify a death penalty for both participants, the exploited as well as the exploiter?

The Hatmakers were motivated to critically reexamine what Scripture teaches about homosexuality by seeing “so much pain among the LGBTQ community: Suicidal teenagers. Divided families. Split churches. So. Much. Pain.” Let’s pray the Hatmakers don’t notice the pain of “zoophiles,” adulterers, and sibling-lovers. Let’s also pray that the Hatmakers do notice that church splits are largely caused by biblical revisionists like them and that the pain that results is felt not just by homosexuals but by the theologically orthodox as well.

Melton, a recently divorced mother of three known for such faux-pearls of wisdom as “Life is brutal. But it’s also beautiful. Brutiful, I call it,” announced on Sunday night that she is “deeply, finally, FINE. Fine through my bones and soul and mind and just every fiber of me.”

And what is the cause of this deep, final bone and fiber-penetrating fineness? Could it be a renewed relationship with Jesus Christ? Nope. It’s her newfound homoerotic relationship with lesbian soccer star Abby Wambach.

Oprah-esque/Gilbert-y Doyle rationalizes her self-indulgent, relativistic worldview to her children—a worldview manifestly non-Christian—arguing that through her selfishness she is a brave, empowering, feminist role model:

Now we are entering a new time which calls for a different type of leadership. And now it is my job as a leader not to concern myself too deeply about what you think and feel about me- about the way I live my life. That is what I want to model now, because that is what I want for YOU: I want you to grow so comfortable in your own being, your own skin, your own knowing – that you become more interested in your own joy and freedom and integrity than in what others think about you. That you remember that you only live once, that this is not a dress rehearsal and so you must BE who you are. I want you to refuse to betray yourself. Not just for you. For ALL OF US. Because what the world needs — in order to grow, in order to relax, in order to find peace, in order to become brave—is to watch one woman at a time live her truth without asking for permission or offering explanation.

When it comes to homoerotic activity, there is no such thing as “her truth.” There is only objective, eternal transcendent truth. And the betrayal revealed by Melton, who claims to be a Christian, is her betrayal of her commitment to Christ and rebellion against the will of the Father.

Those who care about Melton’s children and the temporal and eternal lives of both Melton and Wambach should pray that they will be called to Christ like Rosaria Butterfield who was deeply entrenched in a life defined by homosexuality and recently wrote this:

The worldly view of “identity” stands diametrically opposed to a biblical view of identity. As I wrote in an earlier article, “progressives” always in thrall to subjective feelings have redefined “identity” to render it immune from moral judgment:

Identity in its former incarnation was merely a way of saying that a thing is itself. Identity when applied to individual persons simply denoted the aggregate of phenomena constituting, associated with, affirmed, or experienced by individuals. Identity was “the set of behavioral and personal characteristics by which an individual is recognizable as a member of a group.”

In contrast, Christians should find their identity in Christ which means we must die to ourselves. Butterfield writes about the meaning and challenge of being a new person in Christ:

Conversion to Christ made me face the question squarely: did my lesbianism reflect who I am (which is what I believed in 1999), or did my lesbianism distort who I am through the fall of Adam? I learned through conversion that when something feels right and good and real and necessary—but stands against God’s Word—this reveals the particular way Adam’s sin marks my life. Our sin natures deceive us. Sin’s deception isn’t just “out there”; it’s also deep in the caverns of our hearts.

How I feel does not tell me who I am. Only God can tell me who I am, because he made me and takes care of me. He tells me that we are all born as male and female image bearers with souls that will last forever and gendered bodies that will either suffer eternally in hell or be glorified in the New Jerusalem. Genesis 1:27 tells me that there are ethical consequences and boundaries to being born male and female.

Warn your loved ones about them and their false teachings, and please have conversations with your children about the differences between fallen man’s view of identity and Christ’s.

Listen to this article HERE.

We are very excited about our third annual Worldview Conference featuring world-renowned theologian Dr. Frank Turek on Saturday, February 18, 2017 in Barrington. Dr. Turek is s a dynamic speaker and the award-winning author of “I Don’t Have Enough Faith to be an Atheist”

Join us for a wonderful opportunity to take enhance your biblical worldview and equip you to more effectively engage the culture:  Click HERE to learn more or to register!