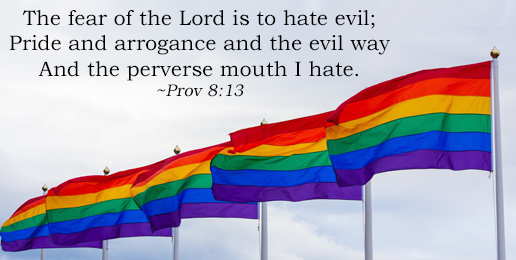 On June 1, 2022, Gov. J.B. Pritzker sent out a tweet celebrating the month of June as LGBTQ+ Pride Month. Throughout his term in Springfield, Pritzker has been vocal in his support for radical left-wing policies and social issues. He has pandered to the “LGBTQIA” community and has been a regular participant in “Gay Pride” activities across Illinois. In his statement last year, he declared that

Celebrating the diversity of our society has been a cornerstone of my administration. And during LGBTQ Pride Month, I remain committed to help Illinois become a beacon of hope for our LGBTQ+ community nationwide. Our state has brought inclusive LGBTQ+ curriculums into our schools. We expanded Medicaid coverage for gender affirming surgery. We required single occupancy restrooms be designated as gender neutral. And so much more.

He has gleefully supported LGBTQ+ bills passed by the Illinois General Assembly this session, including the REACH Act (mandatory sex education for K-12), LGBT History mandate, the marriage license corruption bill, co-ed bathrooms in public schools, tampons in boys public school bathrooms, and HIV decriminalization. He’s even raised the rainbow flag atop of the Rotunda on the Illinois Capitol and the Governor’s Mansion.

Is it any wonder that he received the Ruth Ellis Award at the Coalition of Rainbow Alliances’ (CORAL) Ritz gala in March? J.B. Pritzker has been not only an ally but also a relentless cheerleader for all things LBGTQIA. In fact, according to ABC Chicago news, while speaking at Equality Illinois’ annual brunch, Pritzker proclaimed:

Maybe in Florida, they don’t say ‘gay,’ but here in Illinois, we say ‘gay.’ Cheers …

As the Left deepens its embrace and exaltation of sexual immorality and thumb their noses at God’s precepts, Christians must not compromise. As followers of Jesus Christ and ambassadors of truth, we do not celebrate what the Bible identifies as sin. Any sexual behavior outside of marriage (one man, one woman) is sin. Isaiah 5:20 warns,

Woe to those who call evil good, and good evil;
Who put darkness for light, and light for darkness;
Who put bitter for sweet, and sweet for bitter!

We do not support the use of the rainbow—a symbol of God’s promise—to celebrate “pride” and sexual immorality. Proverbs 8:13 is clear:

The fear of the Lord is to hate evil;
Pride and arrogance and the evil way
And the perverse mouth I hate.

Psalm 5:5 tells us that those who are puffed up with pride shall not stand before Him, and Romans 12:9 instructs us to “abhor what is evil; hold fast to what is good.” In Ephesians 5:11 we are told to have nothing to do with the works of darkness, “but rather expose them.” And we expose them with the Word of God. That is the standard by which we all will be judged.

If we love our neighbor as we should, we are compelled to oppose the celebration of sin and encourage faith, hope, trust and obedience to God’s Word.

And that brings me to one last, vitally important point: Scripture teaches us that we are all sinners in need of a Savior. There is nothing we can do to clean ourselves up or earn God’s gift of eternal life. It is simply and profoundly available to all who will humble themselves, own up to their sin, repent, ask God’s forgiveness, and submit to His Lordship. There is no other way.  Acts 4:12 says it all:

Salvation is found in no one else, for there is no other Name under heaven given to mankind by which we must be saved.

God then calls us to trust and obey His instructions. As we read the Bible and grow in faith, we come to understand that we can trust that God’s ways are best. Perhaps some of the most powerful words in Scripture are repeated frequently because God wants us to understand, “He will not leave us nor forsake us.” In a culture and time when we are drifting far from God and His principles for godly living, this promise is not only comforting but also encouraging. Romans 8:31-32 tells us that God is for us! We can live confidently and contently in Him and through Him.

2 Peter 3:9 says, “The Lord is not slack concerning His promise, as some men count slackness; but is longsuffering toward us, not willing that any should perish, but that all should come to repentance.” God hates our sins, and every sexual sin committed in the name of rebellion or pride. Yet He extends His love to the lost people who commit these and other sins, urging all of us to turn to Him “and be converted, that [our] sins may be blotted out, so that times of refreshing may come from the presence of the Lord.” (Acts 3:19)