Surprise, surprise, over the holidays, the anti-cultural coal mine emitted more noxious fumes. Unfortunately, people of faith continue to ignore the canary’s corpse.

Just before Christmas, New York City’s Commission on Human Rights released stunning speech code requirements regarding gender dysphoria that mandate that “employers, landlords, and business owners” lie or be fined up to $250,000.

The introduction to the spanking new “guidance” foreshadows oppressive things to come—everywhere:

[T]he New York City Commission on Human Rights released new guidance that makes clear what constitutes gender identity and gender expression discrimination under the NYC Human Rights Law, making it one of the strongest in the nation in protecting the rights of transgender and gender non-conforming individuals. Although discrimination based on gender identity and expression has been illegal under the City’s law since 2002, previous guidelines never articulated the range of violations of the law. Today’s guidance provides bold and explicit examples of violations, sending a clear message to employers, landlords, business owners, and the general public what the City considers to be discrimination under the law. (emphasis added)

Ironically, in an anti-culture awash in obscene language—including in the materials recommended and taught by “teachers” in our middle and high schools—it’s correct pronoun-use that is banned.

With the usual “progressive” hubris and willingness to violate speech rights and religious liberty in their tyrannical quest for ideological submission to their fanciful assumptions about human nature, the NYC Human Rights Commission has decided that pronouns no longer correspond to objective biological sex and those who disagree must be punished. While well-respected theologian John Piper says Christians should not use opposite-sex pronouns when referring to gender-dysphoric persons, the NYC Commission commands them to do so or risk a $250,000 fine. The stakes are getting higher for the inevitable cataclysmic collision between religious liberty and sexual libertinism unmoored from morality and the common good.

The new “guidance” (Does guidance usually come accompanied by draconian punishments?) also requires that all restrooms, locker rooms, and single-sex facilities in “employment, public accommodations, and housing” be open to men who claim to be women. The “guidance” specifically mentions women’s shelters. Apparently, the feelings of men who wish they were women take precedence over the feelings of women and children who have been victimized by men. Lesbian Carmelyn Malalis, who Mayor Bill DeBlasio  appointed commissioner of the NYC Commission on Human Rights, should explain to abused women why it’s okay to allow a man in the shelter bed next to them as long as he dislikes his penis.

It’s interesting to note that the new “guidance” requires employers who provide prostate cancer-screening for actual men to provide it for men who pretend they’re women. How ironic that pretend-women are demanding to be treated in all situations as if they are in reality women—except when it comes to their healthcare. A recent editorial about prescription drug-testing in the Chicago Tribune inadvertently acknowledged the inconvenient truth that men cannot become women or vice versa:

“Every cell has a sex,” Dr. Janine Clayton, director of the NIH’s Office of Research on Women’s Health, told The New York Times. “Each cell is either male or female, and that genetic difference results in different biochemical processes within those cells.”

It is neither discriminatory nor hateful to recognize those differences in drug-testing, health-screening, or grammar.

The purpose of Newspeak was not only to provide a medium of expression for the world-view and mental habits proper to the devotees of IngSoc, but to make all other modes of thought impossible. It was intended that when Newspeak had been adopted once and for all… a heretical thought…should be literally unthinkable, at least so far as thought is dependent on words. Its vocabulary was so constructed as to give exact and often very subtle expression to every meaning that a Party member could properly wish to express, while excluding all other meaning and also the possibility of arriving at them by indirect methods. This was done partly by the invention of new words, but chiefly by eliminating undesirable words and stripping such words as remained of unorthodox meanings, and so far as possible of all secondary meaning whatever….

Why do “trans-activists” believe it’s wrong to continue using pronouns in the historical way in which they denote and correspond to objective biological sex? Because it hurts the feelings of body-rejecting men and women who need to have every cultural signifier that suggests the immutable, objective nature and meaning of physical embodiment erased in order to maintain their ontological masquerade. “Trans-activists” feel bad when they encounter actions that indicate a refusal to acquiesce to Leftist “identity” constructs.

But here’s the rub: The identity of orthodox Christians includes both opposition to lying (Ex. 20:16) and affirmation of the goodness and immutability of sexual differentiation (Gen. 5:2). Orthodox Christians “feel bad” when the state requires them to deny their identity in Christ (2 Cor. 5:17).

No one who is committed to truth and human flourishing should acquiesce to demands to refer to men as women and women as men. Though those who suffer from gender dysphoria may desire that everyone participate in their elaborate ruse, doing so is not, in reality, good for them.

The Left elevates subjective feelings over knowledge, wisdom, truth, and reality, arguing that compassion is determined solely by affirming the feelings of others. Well, that’s not precisely accurate. As usual, the Left does not apply their principles consistently. They don’t argue that society ought to affirm the subjective feelings and beliefs of everyone. Rather, diversity-lovin’ Leftists believe society must affirm—or pretend to affirm—only Leftist-approved feelings and beliefs.

If you think this fascist policy will remain limited to New York City or to employers, places of public accommodation, or housing, you’ve been living under a proverbial rock. Those who value libertinism will pound on the doors of churches, private schools and colleges, and radio stations demanding that everyone everywhere adopt the official language of the United States: Newspeak. So, make your commitment about language-use now, or you will yield to language-fascists later. 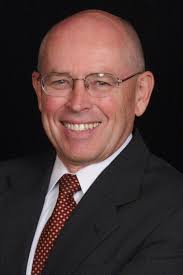