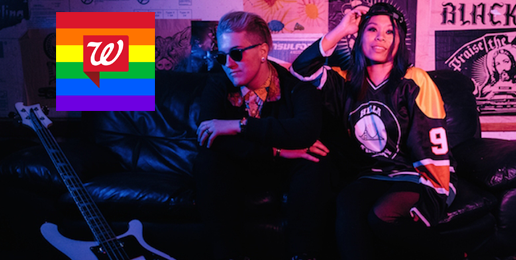 In case you haven’t heard, Walgreens has revised its restroom-usage policy for patrons at the request of the ACLU of Southern California. No longer will restrooms correspond to objective, immutable biological sex. From now on, restroom usage will correspond to the subjective, internal, deeply held feelings of patrons about their maleness and/or femaleness. As I’ve written multiple times, we’re moving to a revolutionary cultural place in which there will be co-ed private spaces everywhere, which means no private spaces anywhere.

Because she “had to go,” she “used a stall in the men’s restroom” while “men used the urinals next to” her. Here’s the most interesting part of the story: She said, “This… was very humiliating for me and I felt uncomfortable.”

Did you hear that? She felt humiliated and uncomfortable by having to share a restroom with persons of the opposite sex. And she was in a stall.

It’s regrettable that this happened to her, but this is a cultural mess of the Left’s making. It’s the logical consequence of the nonsensical and anarchical sexuality ideology they have foisted on America.

When it comes to sex-segregated spaces, we can no longer rely on appearances or the honesty and decency of strangers. Even 10 years ago, “butch” women would have been able to use women’s private spaces. People would simply have trusted that the masculine-appearing person in the women’s restroom was a “butch” woman—not a man. But no longer. Trust and decency are gone. Now Walgreens has changed its policy, so many more men and women will be humiliated and uncomfortable by being forced to share restrooms with opposite-sex persons.

Good job Walgreens. You and Meehan have just made the experience of humiliation and discomfort universal. 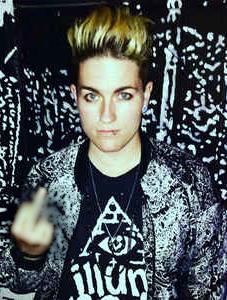 The video above features the justifiably humiliated Jessie Meehan (For those who may not think Meehan looks masculine because she’s wearing makeup, please note this is a promotional photo taken by the ACLU of Southern California. We have no idea exactly how she appeared at Walgreens. Moreover, some men now wear makeup.)

Remember Meehan’s words about feeling humiliated and uncomfortable when your children’s schools try to force your daughters and sons to share private spaces with opposite-sex persons.

Take ACTION:  Click HERE to send a message to Walgreens’ corporate executives to express civilly your objections to their new policy to allow men and women to use opposite-sex restroom facilities in all stores. You may want to point out that biological sex is objective and immutable, whereas “gender identity” is neither. And ask them why they believe men who “identify” as women should not have to use restrooms with those whose “gender identity” they don’t share, but women should have to use restrooms with those whose sex they don’t share.

You can also send a Tweet directly to them @Walgreens.

Please note: 2ndVote.com ranks Walgreens at a deplorable 1.6 in support of liberal causes.