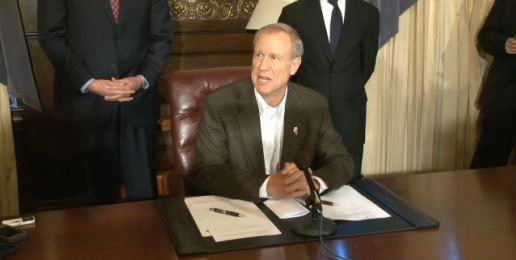 Among Illinois’ sexuality dogmatists, like lesbian activist Representative Kelly Cassidy (D-Chicago), who never miss an opportunity to exploit minors for their selfish political ends, the bill is informally called the “conversion therapy prohibition act.” It’s a deceitful colloquial title intended to connote religiosity and compulsory therapies and to conceal that some therapeutic protocols are neither religious nor coercive.

Not only is the bill overbroad and nebulous but also the bill’s sponsors failed to provide any conclusive evidence-based research to defend its overbroad goals.

This onerous bill embodies numerous intellectual failures and reveals the ethical failures of its sponsors:

For these reasons, IFI is urging Governor Rauner to veto the bill.

Take ACTION: Click HERE to send an email or a fax to Governor Rauner’s office, asking him to allow licensed and professional therapists to do their job. Urge him to veto HB 217.