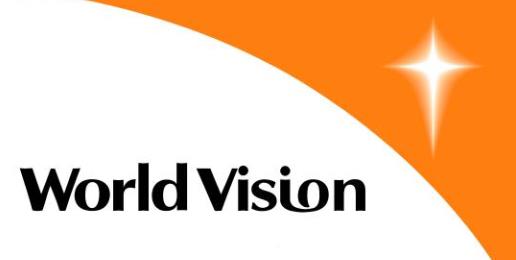 “Bear with each other and forgive one another if any of you has a grievance against someone. Forgive as the Lord forgave you.”

Just days after announcing that World Vision U.S. would hire men and women in unions recognized by the government as homosexual “marriages,” it has reverted to its original policy that prohibits the hiring of those who engage in homosexual activity and affirm homosexual relationships.

Christians around the country, including IFI, are thankful first to God and then to those World Vision leaders who have demonstrated humility, wisdom, and courage in reversing the policy change and publicly asking for forgiveness.

The letter that announced the reversal includes these words: “While World Vision U.S. stands firmly on the biblical view of marriage, we strongly affirm that all people, regardless of their sexual orientation, are created by God and are to be loved and treated with dignity and respect.”

While IFI regrets their decision to include the term “sexual orientation,” which connotes false notions about human nature, we share the sentiment that all humans deserve to be loved and treated with respect. Manifesting love entails first an understanding of truth that can come only from God.

Further, the word “while” implies a contrast between standing “firmly on the biblical view of marriage” and “strongly affirming that all people are created by God and are to be loved and treated with dignity and respect.” There is no contrast or contradiction. Biblical principles teach Christians what to treasure and how to love.

There are some who question the authenticity of World Vision’s reversal, seeing it as a crass response to loss of financial support, rather than a sincere act of repentance. It would be naïve not to entertain such speculative thoughts but cynical to presume that such speculation is true. It could be that God used the pain of loss of funding to bring to repentance leaders who were deceived and confused by the father of lies.

As Christians, we accept apologies and forgive. The authenticity of World Vision’s reversal and their commitment to God and his “inspired, infallible, authoritative Word” will be revealed in future decisions.

“Rejoice always, pray without ceasing, give thanks in all circumstances; for this is the will of God in Christ Jesus for you.”