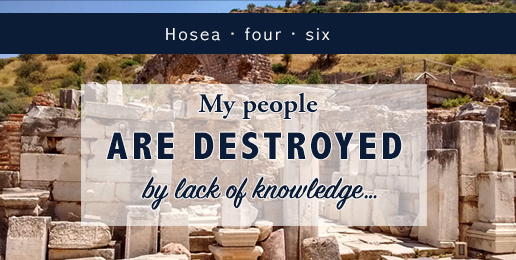 This warning delivered by the prophet Hosea is true not only regarding knowledge of God’s existence, nature, and redemptive purposes but also regarding knowledge of the world in which we live and move and have our being. Right now, the bodies of children are being destroyed by lack of knowledge about human sexuality, and Christians who should know better largely say and do nothing. The foundation for right action is knowledge, which far too many Christians lack regarding the stunning “trans” revolution—a revolution the likes of which the modern world has never seen and too few understand.

The Illinois Family Institute hopes to play a small role in remedying the serious problem of lack of knowledge through our upcoming Worldview Conference on the “trans” ideology.

We are rapidly moving to a cultural place in which all public recognition of the reality and meaning of sexual differentiation will not be merely eradicated but outlawed. If any of the following surprises or troubles you, you need to attend the Worldview Conference:

Big Brother will continue to be enjoined to oppress dissenters, and resistance will be futile.

What Christians urgently need is knowledge and a willingness to suffer—also known as courage. In the fervent hope of serving both needs, the Worldview Conference in just a few weeks will host four leaders on the national stage who have both knowledge of the “trans” ideology and the willingness to say and do what far too many Christians shamefully refuse to say and do.

The conference will include two Q & A sessions following presentations by the following speakers:

Please come, learn, and be challenged to do more to protect the hearts, minds, bodies, and rights of our children and grandchildren. If we are willing to endure minor persecution now, perhaps our grandchildren won’t be forced to endure worse in the years to come.

“Indeed, all who desire to live a godly life in Christ Jesus will be persecuted, while evil people and impostors will go on from bad to worse, deceiving and being deceived.  But as for you, continue in what you have learned and have firmly believed, knowing from whom you learned it and how from childhood you have been acquainted with the sacred writings, which are able to make you wise for salvation through faith in Christ Jesus.” (2 Tim. 3:12-15) 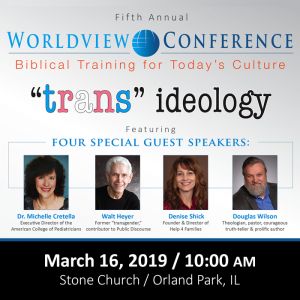