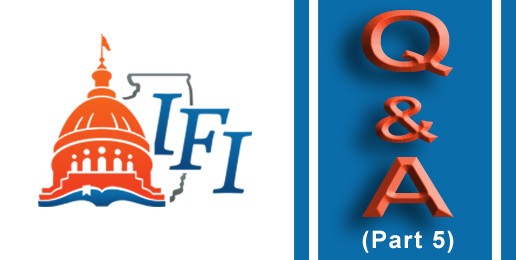 Does the prohibition of same-sex “marriage” violate the separation of church and state? Does the Constitution prohibit citizens from having their religious beliefs shape their political decisions?

First, let’s remember that charges of violating the separation of church and state are selectively hurled.

When public servants like President Obama and Senator Rob Portman or celebrities like Jason Collins cite their Christian beliefs as the justification for their support of the redefinition of marriage, no one in the press or homosexual community accuses them of violating the separation of church and state.

Martin Luther King Jr. asserted the following in his “Letter from Birmingham Jail”:

How does one determine whether a law is just or unjust? A just law is a man-made code that squares with the moral law or the law of God.

In deep disappointment, I have wept over the laxity of the church. . . . I see the church as the body of Christ. But, oh! How we have blemished and scarred that body through social neglect and through fear of being nonconformists.

I never heard any liberals wail in indignation that this explicit profession of religious belief as the basis for public policy violated the Constitution.

It is impermissible for people of faith to enact laws that have solely a religious purpose. For example, it would be impermissible to pass laws mandating circumcision or communion. But if there are secular purposes for a law, the personal motives for any particular individual’s support for it are off-limits to the government.

If there is a secular purpose for the law (e.g., to protect incipient human life or to protect the rights of children), then voting for it does not violate the Establishment Clause of the First Amendment. The source of the various parties’ desires to protect incipient life (or children’s rights) is not the business of the government. It would be not only absurd but also unethical for the government to try to ascertain the motives and beliefs behind anyone’s opposition to abortion and equally unethical for the government to assert that only those who have no religious faith may vote on abortion (or marital) laws. Such an assertion would most assuredly violate the Free Exercise Clause of the First Amendment.

It is IFI’s hope that these answers will help in some small way to enable our readers to discuss with greater confidence and facility the dangerous proposal to redefine marriage out of existence.