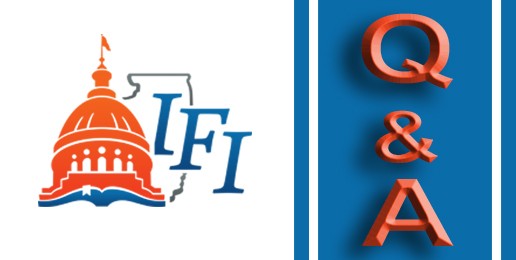 The government is involved in marriage in order to link parents to each other and to any children their sexual union may produce. This isn’t to say that the government makes or should make any attempt to ascertain fertility or compel procreation.  It means that the government recognizes and regulates the type of union (i.e., two people, one from each sex) that naturally produces children.

The government recognizes and regulates this type of union because it bears on the public good in ways that non-reproductive types of relationships do not.

Children have both needs and rights, chief among them is the right to be raised whenever possible by their biological mother and father (Adoption is a wonderful solution to the problems of couples who experience infertility and children who need parents. Adoption respects the needs and rights of children by honoring the natural structure that produces children.). It’s important to note that the criteria that concern the government are objective criteria—not subjective criteria like feelings.

Some on the left argue that they don’t want the government “in their bedrooms,” by which they mean the government should not concern itself with procreation. But if the government should not concern itself with matters related to the “bedroom,” that is to say, sexuality, then the left should have no problem with the government legally recognizing any loving relationships as marriage including polyamorous unions and platonic friends. What is the difference between homosexual couples and close platonic friends who love each other deeply, are committed to each other, and wish to access the benefits accorded to married couples and homosexual couples?

There seem to be two differences: The first has to do with the difference in kind or intensity between the subjective feelings experienced by homosexual couples and the subjective feelings experienced by close platonic friends.  This difference, however, is meaningless in terms of the public interest and, therefore, government involvement. The government has no vested interest in formally recognizing distinctions between degrees of intensity of love.

Progressives and their surrogates, the mainstream press, continually badger conservatives with the question, “If the government’s concern with marriage is procreation, should infertile couples be prohibited from marrying?” Well, turnabout being fair play and all, how about some intrepid reporters badger the left with this question: “If marriage is just about love, has no inherent connection to reproductive potential, and the government has no business in the marital bedroom, then why shouldn’t marriage be available to polyamorists, siblings, or platonic friends?”