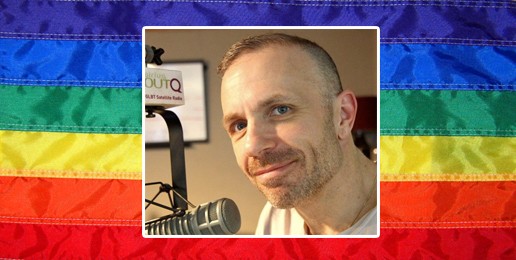 Ride’s posthumous coming out is a wonderful gift to America’s youth. And it’s what we needed right now. If astronauts are among the ultimate heroes and examples of American ingenuity, fortitude and bravery, then with that one line in her obituary — survived by “Tam O’Shaughnessy, her partner of 27 years” — Sally Ride dispeled [sic]all the ugliness foisted on this country in recent weeks by the Boy Scouts of America [and] Chick-Fil-A…. The Boy Scouts, which claims to value “good conduct, respect for others, and honesty,” believes gay kids and gay and lesbian adult leaders don’t measure up. But with her service to the country, not just as member of NASA’s space program but with her dedication to educating American children, and particularly young girls, about science, Sally Ride shows the Boy Scouts to be running purely on the fumes of bias.

Signorile is known for being a pioneer in the “outing” of homosexual journalists and other public figures. He’s also notorious for his escapades with the radical homosexual group ACT-UP, which included pointing at  then Cardinal Joseph Ratzinger (now Pope Benedict XVI) in a church and shouting, “‘He is no man of God—he is the devil!’”

Sally Ride’s “posthumous coming out” is not a wonderful gift to America’s youth if they are snookered into believing that her accomplishments tell us anything about homosexuality. Her homosexuality is a very sad fact about her personal life.