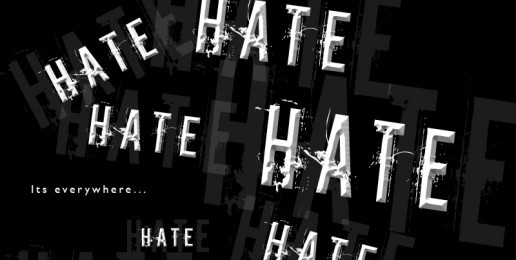 Last week, the SPLC released the winter issue of Mark Potok‘s ironically named “Intelligence Report.” Thearticle “18 Anti-Gay Groups and Their Propaganda” by Evelyn Schlatter lists 18 organizations as “anti-gay” groups with 13 of those to be added to their formal list of “hate groups.” The American Family Association, Family Research Council, and the Illinois Family Institute are three of the 13 that will be included on a list with neo-Nazi organizations.

Schlatter explains that the “propagation” of “known falsehoods” about homosexuality will result in organizations being included on the SPLC’s “anti-gay” list and perhaps also their “hate groups” list. Here are the “known falsehoods” that she and co-author Robert Steinback cite in the companion article “10 Anti-Gay Myths Debunked”:

Under each of these “myths,” Schlatter and Steinback offer analyses and evidence of such poor quality that their arguments wouldn’t pass muster in many high school English classes in which there are actual standards for logic and use of evidence. I will examine just a few of the many problems in their analyses, which in turn will reveal the intellectual and ethical vacuity that pervades the SPLC.

The SPLC thinks that the belief that same sex parents harm children constitutes hatred. The first problem is that Schlatter and Steinback fail to define harm. If one believes that homosexuality is morally flawed, then a household centered on a morally flawed relationship cannot be beneficial.

It is entirely possible that a brother and sister in an incestuous relationship or that polyamorist parents could raise children, providing for their physical needs, comforting them, and teaching them their ABCs. But most of society believes that such relationships would harm children because they would teach children that incest and polyamory are morally permissible. Would Schlatter and Steinback include organizations on their “hate groups” list that propagate the belief that incestuous parents or poly-parents harm children?

The SPLC and many homosexuals are outraged over any comparison of homosexuality to adult consensual incest or polyamory because they view homosexuality as moral and incest and polyamory as immoral. But no one is obligated to accept the SPLC’s flawed comparison of homosexuality to race or to accept their moral assumptions. After all, who is the SPLC to impose their moral views on all of society? Why are IFI’s moral beliefs about homosexual acts hateful and the views of those who oppose incest or polyamory legitimate? Why do IFI’s moral beliefs about volitional homosexual acts land us on the “hate groups” list, while the moral beliefs of those who oppose incestuous parents or poly-parents do not land them on the “hate groups” list?

Many people believe that children have a fundamental right to be raised by the biological parents who procreated them. Many people, including Roman Catholics, Muslims, Orthodox Jews, and Protestants as well as people who follow no faith tradition, believe it is immoral for homosexuals to adopt or use in vitro fertilization and surrogacy to acquire children. Do they all deserve to be labeled “haters”?

Homosexual parents teach their children that gender is irrelevant to marriage and to parenting. They teach them that homosexual acts are inherently moral. And they deliberately deprive children of either a mother or a father. Those corruptions of truth and essential human relationships harm children.

Schlatter and Steinback also assert that it’s hateful, false, and mythical to say “no one is born homosexual,” and then virtually their entire analysis reveals that there is no research proving that people are “born homosexual.” Schlatter and Steinback write, “a great many studies suggest that it is the result of biological and environmental forces.”

Following their repeated assertions that there is no proof that homosexuality is congenital, Schlatter and Steinback suggest the false dichotomy that if people do not choose their same-sex attraction, they must be “born that way,” completely ignoring two essential truths. First, the fact that people do not choose their feelings does not mean that such feelings are biologically determined. Second, freely chosen behaviors that emerge from feelings shaped by biological influences are not automatically moral.

Under the “myth” about the shortened life spans of homosexual men, Schlatter and Steinback made the following statement:

Bob Unruh, a conservative Christian journalist who left The Associated Press in 2006 for the right-wing, conspiracist news site WorldNetDaily, said shortly before the federal law was passed that it would legalize “all 547 forms of sexual deviancy or ‘paraphilias’ listed by the American Psychiatric Association.” This claim was repeated by many anti-gay organizations, including the Illinois Family Institute.

Either because of Schlatter’s and Steinback’s poor research or lack of ethics, they failed to include the fact that exactly one week after making the error regarding the DSM, writer Kathy Valente posted a correction which is still on our website. It reads as follows:

I hope and assume that Schlatter and Steinback will demonstrate the integrity and professionalism that Ms. Valente did by publishing a correction and apology.

In their argument that talking about the shorter life spans of homosexual men constitutes an act of hatred, Schlatter and Steinback focused on research by Paul Cameron, while completely ignoring research by the well-respected International Journal of Epidemiology that found the following:

The authors of this article, upset that conservative groups disseminated this troubling fact, issued an update that said, “if we were to repeat this analysis today the life expectancy of gay and bisexual men would be greatly improved. Deaths from HIV infection have declined dramatically in this population since 1996.”

Though mortality rates have dropped due to improved treatment protocols, HIV infection rates for “men who have sex with men” (MSM) are soaring. According to the CDC, “While CDC estimates that MSM account for just 4 percent of the U.S. male population aged 13 and older, the rate of new HIV diagnoses among MSM in the U.S. is more than 44 times that of other men.”

I wonder if Schlatter and Steinback are planning on publishing an addendum to their article in which they address HIV infection rates for homosexual men, or perhaps they’re going to include the CDC on their “hate groups” list.

Schlatter claimed erroneously that I “compared homosexuality to Nazism,” which makes me wonder if she even bothered to read the articles in which I referred to Nazism. Here’s an excerpt from one:

Sin in the closet

The SPLC believes it’s an act of hate to say that homosexuality should remain in the “in the closet.” Ms. Schlatter quoted an article in which I said “There was something profoundly good for society about the prior stigmatization of homosexual practice…. [W]hen homosexuals were ‘in the closet,’ (along with fornicators, polyamorists, cross-dressers, and ‘transsexuals’), they weren’t acquiring and raising children.”

Many people believe that immoral behavior should be concealed from the public rather than paraded about or publicly celebrated. For example, many people–perhaps most–do not want polyamorists’ or cross-dressers’ behavior to be public where children can see it. Does the SPLC view those who don’t want their children to see manifestations of polyamory or cross-dressing as haters?

The SPLC states that saying people can choose not to act on same-sex attraction or that they can leave a homosexual lifestyle constitutes hatred of homosexuals. Following that logic, what does it mean when someone says people can leave a polyamorous lifestyle or that they can choose not to act on their powerful attractions to multiple people? And what does it say to the hundreds of men and women who have abandoned their homosexual lives that the SPLC says discussing such a path is an act of hatred?

No longer is hate defined as, well, hatred. Anyone who finds the SPLC’s analogies faulty; their research selective; their concealing of inconvenient facts troubling; or their unproven, non-factual moral beliefs wrong, is now guilty of hatred.

The SPLC holds the unproven, non-factual belief that homosexuality is moral and arrogantly demands that all of society agree, or be silent, or be labeled a “hate group.” That strikes me as a strange manifestation of tolerance or respect for speech rights and diversity. Ironically, the SPLC has become the oppressor.

The SPLC hopes that their smear campaign will silence conservatives so that only the SPLC’s moral views will be heard in the public square. No one should allow the unprincipled bullying tactics and specious reasoning of the SPLC to intimidate them into silence. The SPLC’s ontological and moral beliefs about homosexuality are not facts, and dissent from the ethically impoverished SPLC’s beliefs does not constitute hatred.

Please take time to read this comprehensive indictment of the SPLC from the Social Contract Journal, which dedicated its spring 2010 issue to exposing the SPLC.

Laurie Higgins and the SPLC’s “Hate” on WGN Radio