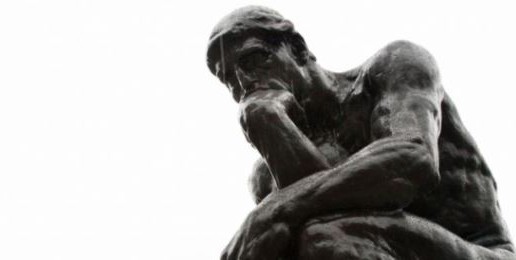 The Left has either a problematic inability to think analogically and logically or a Machiavellian willingness to pretend they don’t.

It’s one thing to accuse a regular Joe or Jane, like me, of poor thinking, it’s quite another to accuse someone of the intellectual stature of British theologian N.T. Wright of such intellectual failures, which is just what Sarah Moon did. Fortunately, another thinker far better than I am has exposed the non-sense of Moon and so many of her ideological compeers.

In a post titled “How Arguments (Do Not) Work,” Matthew Franck takes Moon to the intellectual woodshed (concluding with a dollop of humor):

…I was alerted to someone named Sarah Moon at Patheos, blogging in high dudgeon about the “bigotry” of N.T. Wright, the renowned Anglican theologian. What has Ms. Moon so exercised? Here is how she begins:

In case you haven’t heard, N.T. Wright—author of theology books such as Surprised By Hope and Simply Christian, and former Bishop of Durham—recently did an interview in which he compared people who support marriage equality to Nazis and Soviet Communists.

No. No, he didn’t. Not even close. The link Ms. Moon provides is to the transcript, posted here at First Things by our own Matthew Schmitz, of an interview Wright gave to the Philo Trust. I’ll save you the trouble of going back to the full transcript. Here is the only part to which Ms. Moon can possibly be referring:

What do you think are the major challenges to the church and the Christian message in the light of the current legislation on the redefinition of marriage?

N. T. Wright: …I do want to say a word about a word. When anybody—pressure groups, governments, civilizations—suddenly change the meaning of key words, you really should watch out. If you go to a German dictionary and just open at random, you may well see several German words which have a little square bracket saying “N.S.,” meaning National Socialist or Nazi. The Nazis gave those words a certain meaning. In post-1917 Russia, there were whole categories of people who were called “former persons,” because by the Communist diktat they had ceased to be relevant for the state, and once you call them former persons it was extremely easy to ship them off somewhere and have them killed.

In the same way, there was a letter in the Times Literary Supplement just a few weeks ago saying that when we’re talking about assisted suicide, we shouldn’t actually use words like “suicide,” “killing,” and those sort of words because those imply that you shouldn’t do it. Whereas now our civilization is saying that maybe there are reasons for that. I find that sort of stuff chilling, the attempt to change an ideology within a culture by changing the language.

Now, the word “marriage,” for thousands of years and cross-culturally has meant man and woman. Sometimes it’s been one man and more than one woman. Occasionally it’s been one woman and more than one man. There is polyandry as well as polygamy in some societies in some parts of history, but it’s always been male plus female. Simply to say that you can have a woman-plus-woman marriage or a man-plus-man marriage is radically to change that because of the givenness of maleness and femaleness. I would say that without any particular Christian presuppositions at all, just cross-culturally, that’s so.

For Ms. Moon, this is “compar[ing] people who support marriage equality to Nazis and Soviet Communists.” I take it she means likening the one to the others, so that she is accusing Wright of saying that “people who support marriage equality” have a propensity toward using secret police, terror, torture, totalitarian control of society, and concentration camps in order to carry out their ideological objectives. That is simply idiotic. She does, however, prove that Wright is right to argue as he does when she employs the question-begging phrase “marriage equality,” as though it were entirely settled that a same-sex couple and an opposite-sex couple are “equal” so far as the union called “marriage” is concerned. Ms. Moon is either a purveyor of the linguistic ideology Wright observes, or a prisoner of it. Perhaps she is both.

Like people who think Justice Antonin Scalia has likened homosexual sodomy to murder because he regards both of them as species of conduct that the law can legitimately condemn on moral grounds, Ms. Moon appears to have no idea how logic works or arguments function. (Tell me again why it was a good idea to get rid of the analogies section of the SAT?) N.T. Wright no more likened same-sex “marriage” advocates to Nazis and Communists than I am likening her to a planetary body in the following analogy: as the moon orbits the earth, so the mind of Ms. Moon orbits an empty space devoid of logic.

The Left’s troubling relationship with analogical thinking is also demonstrated in their absurd comparison of homosexuality per se to race per se, a comparison for which they provide no evidence. But no evidence is no problem for those who live and move and have their being in a non-rational world where everyone is expected to worship at the altar of the subjective feelings of the exalted autonomous self.

What we notice from all occasions that demonstrate the Left’s inability or feigned inability to think analogically is that the Left takes umbrage at any comparison of any aspect of homosexuality to any aspect of any phenomenon generally viewed as morally dubious. The reason for their umbrage—or rage—is that the Left has unilaterally concluded that homosexual activity is morally licit and demand that everyone treat their non-factual disputable assumptions about homoerotic activity or marriage or gender confusion as if they are either facts or indisputable first principles.