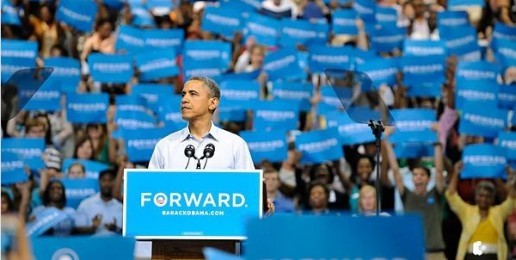 By The Editors at National Review Online

President Barack Obama is getting credit, even from some critics, for finally being honest and consistent in his position on same-sex marriage now that he has announced his support for it. But he is still being neither honest nor consistent. And his dishonesty is not merely a matter of pretending that he has truly changed his mind about marriage, rather than about the politics of marriage.

His claim that he believes that states should decide marriage policy is also impossible to credit. One of the purposes of the federal Defense of Marriage Act was to block this scenario: A same-sex couple that resides in a state that does not recognize same-sex unions as marriages goes to a state that does so recognize them, gets married there, returns home, sues in federal court to make the home state recognize the “marriage,” and prevails. Obama has long favored the repeal of the act. He does not truly want states to be able to continue to define marriage as the union of a man and a woman.

And really, why should he, given his premises? Does anyone doubt that he believes that the marriage laws of most states are not just wrong but unjust? His spokesmen have repeatedly said as much when registering his opposition to states’ attempts to undo judicial decisions to impose same-sex marriage. If these marriage laws amount to unjust discrimination against certain persons, then it follows that states have no right to enforce them. If Obama’s appointees to the Supreme Court join a majority that requires all states to recognize same-sex marriages, does anyone think that he will do anything but applaud? There is no reason to believe that Obama’s long-advertised “evolution” on marriage is now complete.

All people, whatever their sexual orientation, have equal dignity, worth, and basic rights, by virtue of being human beings. We have previously explained why we believe that this premise does not entail the conclusion that the marriage laws should be changed (anddefended our views from critics). For now, we will merely repeat one point: The only good reason to have marriage laws in the first place — to have the state recognize a class of relationships called “marriage” out of all the possible strong bonds that adults can form — is to link erotic desire to the upbringing of the children it can produce.

We have already gone too far, in both law and culture, in weakening the link between marriage and procreation. To break it altogether would make the institution of marriage unintelligible. What possible governmental interest is there in encouraging long-term commitments with a sexual element, just as such? What reason is there to exclude from recognition caring long-term relationships without such an element? (In one of the editorials mentioned above we mention the case of two brothers who raise a child together following a family tragedy; other hypotheticals are easy to devise.)

Many people who support same-sex marriage sincerely believe that they are merely expanding an institution to a class of people who have been excluded from it rather than redefining it. But this view is simply mistaken. We will not make our society more civilized by detaching one of our central institutions from its civilizing task.